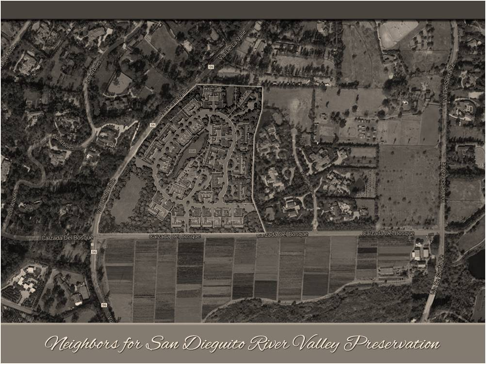 On behalf of over 900 of your neighbors who have signed a petition opposing the proposed Rancho Librado project, we respectfully request that you stop your proposal to irrevocably alter the rural character of the area with Rancho Librado’s high-density development. The uniqueness of Rancho Santa Fe is based primarily on our rural enclave environment, and the rolling hills with large properties. That is what makes us so very desirable to existing residents, and future property owners. If we change this basic tenet of our community, then we will have irrevocably lost that which makes this community unique, which helps preserve our high property values.

Instead, pursue something more fitting for our community, without a nearly 400% density increase, and without the need for a General Plan Amendment and required Major Land Use Permit.

The current prevailing County zoning is SR-2: A MAXIMUM of one dwelling per 2 to 8 acres. Rancho Librado proposes an important change to the County’s General Plan, and requires a major land use permit to allow one dwelling per half acre: a nearly 400 percent increase in density. The Rancho Librado proposal includes Casitas on estimated 5,000 square foot lots, which are highly inconsistent with the local community’s 3-acre to 12-acre neighboring home sites. If such a densification were to be approved, it would set a dangerous precedent. Other property owners with large holdings in and around the San Dieguito River Valley could soon follow with their own densification projects, adding to traffic, public service costs, and other negative impacts.

The Rancho Librado team presented its ostensible benefits at several public meetings. However, very few people would benefit from the 50 Casitas offered for sale if this project were to be approved. What about the thousands of neighbors and those in surrounding communities? Your project would forever adversely change the entrance to Rancho Santa Fe, setting in motion an irreversible process for further dense developments.

When Larry Mabee bought the property three years ago, neighbors were pleased to hear his plans for an equestrian estate, as the site had survived multiple previous attempts at densification. Everyone in the community applauded Larry Mabee’s intentions to build a world class horse breeding farm on the site, because of his acknowledged reputation – in business, in the community, and in his personal pursuits. The equestrian estate would have been a welcome addition because it would have complemented the large home sites scattered on rolling hillsides in and around the valley.

We respectfully encourage the Mabee Trustees to consider the negative impact of this project to our community’s very rare and increasingly endangered zoning standards, and we ask that you please:

Rancho Librado proposes to increase density by nearly 4 fold. As evident from the aerial rendering below, this project’s density is totally inconsistent with the local community, and Rancho Santa Fe’s rural zoning standards. 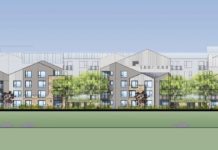 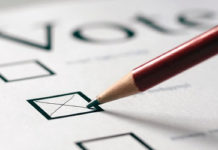 Propane Pricing
KC Propane is the best price in town; always has been. I used Pacific Coast Propane before I went to…
By Vocal Resident in Utilities

PLEA: Anyone recommend home IT consultant?
Here’s a list of companies that provide home IT: https://rsfpost.com/2020/01/30/technology-integrati…
By ptrubey in RSF Connect Fiber Network

We now have better Verizon coverage
Before Christmas, you might have noticed bucket trucks working on our micro cellular antenna system …
By ptrubey in Utilities

Propane Pricing
Just paid $2.89/Gallon from Pacific Coast Propane. My price was $3.04/gallon, but I caught the drive…
By Frank Creede in Utilities