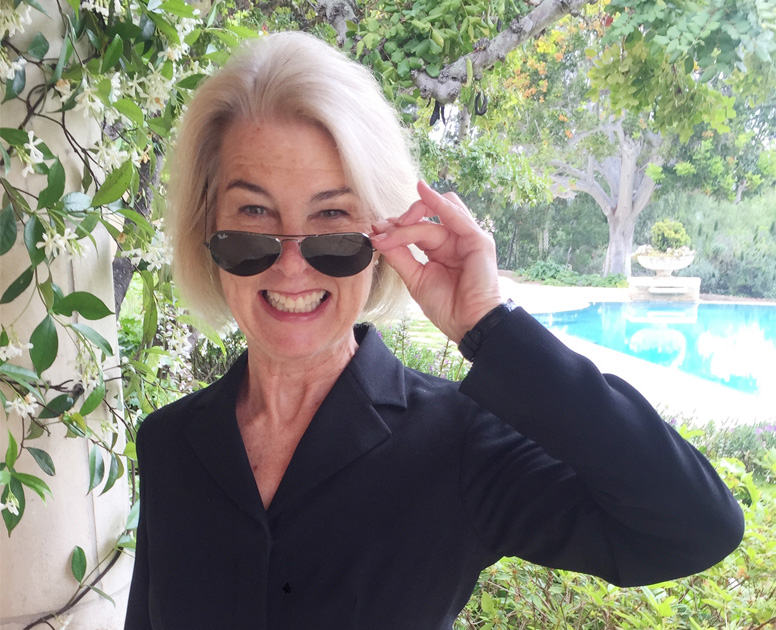 [Back by “popular” demand, here’s a final CDRC Column: Finis, Sports Edition. Members asked me for my version of the RSFGC April Fool’s Day’s event that cannot be dignified by calling it a “proceeding”, or even a comedy “roast”. But that topic was preempted by versions/observations by other thoughtful members of our HOA who blew the whistle on the game with their letters and editorials. My version would have had some funny lines, but it is time to move forward, not forget.]

February 19, 2019 — Top of the world, literally, harnessing up to my guide to climb down Aiguille du Midi-Chamonix-Valle Blanche to ski the beautiful glacier, then hike back up the granite, snow and ice canyon wall. My guide had crampons. I did not. I did it with a fractured foot. (Check out YouTube to see examples of the adventure posted by other au piste skiers at different times.) Anything was possible following the Board’s February 7th Oversight Letter to its Covenant Design Review Committee (CDRC).

With that Oversight Letter, our team, the RSFA Board of Directors, unanimously showed it had the business sense and integrity to address community concerns about fundamental breaches of the Protective Covenant (PC) that runs with all property in our HOA. Their Letter corrected years of practice by the RSFA either negligently or intentionally to ignore the PC caused by giving full discretion to their Committee to approve projects based simply on their opinions. Failing to adhere to our CC&R’s dramatically affects our property values as Members living next to a rundown/inappropriately designed house and real estate brokers will attest (eg. testimony of RSF RE Broker at April 1, 2019, special public hearing). It also renders CC&R’s unenforceable (DOLAN-KING v. RANCHO SANTA FE ASSN. (2000) 81 Cal.App.4th 965, 984).

March 7, 2019 — March “Madness.” Faster than I could write a column entitled “Plot Twist,” our team fell apart in the finals lead by its Captain passing 4-3 a “Resolution” changing the PC without a hearing, discussion, or Member input. The Resolution improperly added a design, non-preferred materials muddling the clarity of the Feb 7 Oversight Letter. The Board does not have the authority to unilaterally modify the PC because that is the exclusive right of the Members.

Season’s Not Over — Thanks to all the press, our Membership understands the game. Like loyal fans, Members can encourage the Board to go back to following a solid game plan with its original Feb. 7 Oversight Letter. Members can cheer on our Board and those candidates running for it, to direct the Manager to implement and enforce a few simple procedures below to end our season as a win for everyone!

1) A Human Resources procedure requiring claims be timely reported, with statements contemporaneously taken of all witnesses including the accused, and resolution attempted immediately, well before bringing charges.

2) Posting securely online subject to copyright laws for Members only to see a few elevations and a plot plan of structures proposed to be built in our HOA, so Members may protect their rights under the PC.

3) CDRC Member Confirmation Form verifying at the time votes are taken on CDRC
Applications that the project either conforms to the PC including Par.155-160, or indicate what PC Par. the proposed project fails to meet.

4) CDRC Members recuse themselves when the appearance of a conflict of interest occurs.

It’s up to the Members now to save our community resurrecting our CC&R’s by telling their Board and Manager to enforce these simple steps to prevent the CDRC from using personal opinion/whim/favoritism to approve applications rather than abiding by the contractual specifications of the PC. Without active enforcement of its Feb 7th Oversight Letter, Members will be the losers continuing to watch excessive grading and rundown hodgepodge appearance of our HOA.

As Members pick their new team from the candidates at our Annual Meeting on May 9, they can let candidates know they expect accountability and follow-through on the Board’s committee oversight obligations and to enact enforcement procedures. If you have any doubts on what mountains we can climb, reread the first Paragraph of this column.

True to film noir, the Ranch’s future is rather mysterious, a cliff hanger with the Members deciding the ending with a final tally of the three candidates for whom the majority voted.

Until then, happily, I have been asked to work on a new project, more of a light comedy about RSF. Readers, and certainly the writer, never know what their adventurous heroine will encounter with a smile. Here’s a sample: Back at the Ranch

…as in “Meanwhile, back at the Ranch,” celebrating what’s fun about Rancho Santa Fe! Having lunch on the terrace at the RSF Inn, Monday, April 1, I spotted Stedman Graham at the next table. He obviously shares an appreciation for one of the Covenant’s favorite views. Dining and chatting there on a sunny afternoon with friend — definitely fun!

Discuss this article in our Community Discussion Forum in the Association Forum.

Why The Art Jury Appointment Do-Over Is So Problematic 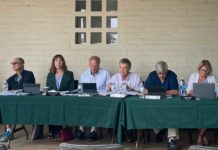