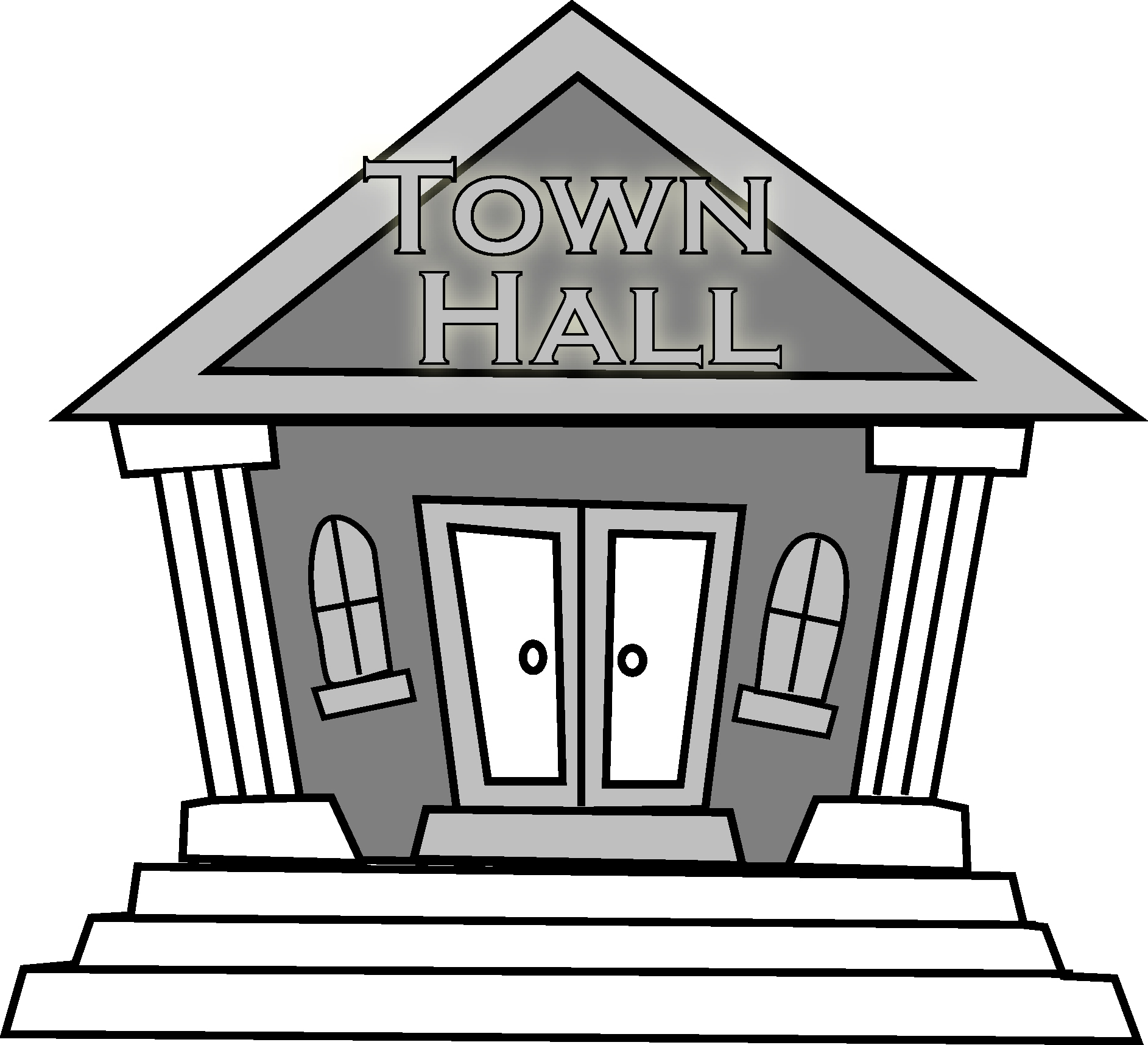 Around 100-200 people attended last night’s Association general meeting that took place at the golf club’s restaurant back rooms. We were promised hors d’oeuvres, but we got squishy flat bread (pizza), cold meats, flaccid grapes, and cheese. Someday the restaurant will learn what hors d’oeuvres are.

A running theme through the whole night was the Board’s oversight of the CDRC.  This was Allen’s second talking point about the 2018-2019 recap, fourth talking point about next year’s preview and it came up several more times in response to questions. Allen pointed to both the February 7th letter to the CDRC, and the March 7th Board resolution.

During the Q&A portion, a member asked what was going on with the large Montevideo project. Allen threw the CDRC and the member who owns that property under the bus by first derisively referring to the property as a “[dirt] ski slope”, and then saying that the aforementioned CDRC letter specifically talked about grading, and that the CDRC should do a better job at restricting excessive grading.

As a member of the Board, Allen should know that the property in question is under active construction. The big dirt pile is temporary. The County has new onerous rules about retention basins that require huge excavations, refill with appropriate material and then recover with existing dirt. At construction completion, that particular property will have very little net grading change, and what grading there is, is well within standard CDRC grading guidelines. The County inspectors have been backed up due to the extreme amount of rain we’ve been having and haven’t been able to expeditiously inspect that particular property which is why the dirt pile has remained for as long as it has.

To me, the entire evening sounded like a set up for the Board to convince members that the Board needed more oversight of the CDRC.

Ironically, one of the Association’s urgent requests for 2019 was a call for more volunteers, and in particular another CDRC member is needed. After the behavior I witnessed tonight, I can’t imagine why anyone would want to be a CDRC member under this Board.

Continuing with the theme of Board power, Allen crowed about the fining power the Board gave itself last year. He stated that over the past two years, there has been an 80% reduction in delinquent Association dues payments largely due to fines the Board is able to levy. He also said the Board has greatly increased stop work orders and has issued several fines for non compliance on both construction and property maintenance.

They allocated a new staff position of code enforcement, which was filled for only a short period before becoming vacant.

Allen also talked about the possibility for fining members who harass staff under a new staff harassment resolution.

Allen said that the Board is collaborating with the Golf Board on potentially remodeling the golf club restaurant. Since the restaurant is an amenity available to all Association members, he said it made sense to collaborate on hiring an architect, a designer, a landscape lighting consultant, and a branding consultant for a potential restaurant remodel. While Allen made pains to say no decision has been made on spending a much larger sum of money on actual renovation, it is clear that the current Board (and most probably the new Board) is open to at least going 50-50 with the Golf Club for a restaurant renovation.

Along with potential Association money for a restaurant remodel, Allen made it a point to say that the Board would, of course, have to have more decision making authority in, at least, restaurant operations.

Personally, I think the renovation is a good idea since the latest estimates show that restaurant clientele is about 50/50 split between golf club members and non-golf club members. At the very least, this restaurant needs a name. And ambiance, so everyone isn’t crowding into the limited bar seating area. They have ambitious ideas, and it’ll be interesting to see what comes out of these designers and consultants.

Allen recapped that the Association sued our water district about unfair rates. This lawsuit was financed entirely using the voluntarily donated PAC money, so no Association funds were used. The Association continues to work with SFID to make sure we are heard, and will have another lawsuit waiting in the wings if the new rate structure continues to be unfair to Ranch residents.

The Association currently has 6 open positions, 4 of which are in the building department including a vacant Building Commissioner, and a Code Enforcement officer. May I be so bold to mention that dumping on the CDRC when you have no staff to help them is rather poor form? Didn’t the Board have something to do with the last Building commissioner leaving six months ago? Why, I believe they did.

Allen gave an update to the Assessment Lawsuit (background here and here, the pleading is here). Allen said that the lawsuit is proceeding to the courts, meaning that mediation has not resolved the dispute. Allen explained that the lawsuit alleges the Association has been improperly assessing members. Allen stated that the defenses are that that isn’t what the covenant actually says, and its been 40 years since the passage of proposition 13.  The Association will file a demurrer in a week looking to dismiss the lawsuit.

At long last, we got to hear from the candidates. Only about half of the attendees stayed for this last portion of the meeting. They were each given 3 minutes to give a short speech. While brevity was appreciated, our video interviews were probably more enlightening.

The Board got to ask the first question.

Skip Atkins: The Board should definitely have oversight.

Bill Strong: Art Jury has a tough job. Each Art Jury should have some latitude in interpreting non black and white areas of the Covenant. Would like to have a lot size/coverage study done.

Bill Weber: Appropriate that Board provides oversight. But also important that the CDRC operates as an independent body.

Laurel Lemarie: The CDRC should be an independent committee as it is spelled out as such in the Covenant.

BTW, everyone in the room hated the nomenclature “CDRC” and wants it go back to the name “Art Jury”.

“What are your expectations with RSF Connect?”

Bill Strong: More than 50% adoption. Possibility we could have lower assessments if we had higher adoption rates.

Bill Weber: We will find more ways to use RSF Connect that we are thinking about today.

Laurel Lemarie: RSF Connect will be profitable and we will be able to retire the loan earlier.

Skip Atkins: Was an original member of the current technology committee. Extremely pleased with the main contractor, HP Communications.

“What is your position on the Assessment litigation?”

Bill Weber: If there was a better way, I would support it. Right now, it is in the court’s hands.

Laurel Lemarie: The Covenant gives us a mechanism to change assessments if we want to. But for now, have to deal with lawsuit. This is the third time it has come up in her memory. Must wait and see what the court decides.

Skip Atkins: Sees merit in the Prop 13 property tax law since less people were being forced out of homes for tax reasons once prop 13 passed.

Bill Strong: Support current Board action. Has an idea in mind, but won’t reveal it yet.

“What did you think of the Board letter and resolution to the CDRC?”

Skip Atkins: Supports Board position. Thought it interesting that during the Feb 7th meeting, the consulting architect said there was no real definition of “Latin style”.

Bill Strong: Noted that this is the first time in a very long time that the Board has asserted control over the CDRC. Agreed with the Feb 7th letter, didn’t agree with the March 7th resolution.

“If the Association had $10M to spend, what would you spend it on?”

Skip Atkins: Buy village property and rent it out to shops to encourage tourists to visit.

Bill Strong: $10M isn’t a lot of money these days. Proposes a 2020 committee to figure out questions like this.

Bill Weber: Need to articulate vision, then identify key projects, then do conceptual analysis, prioritize, then bring to community.

Laurel Lemarie: You could spend $5M right now on a reclaimed water project for the golf course. You could buy the garden club. You could subsidize a grocery store.

Bill Weber: What conflict of interest? Since 1987, the golf club has spent $80M to maintain and enhance the course, with the Association spending $0.

Laurel Lemarie: Has used the golf course riding trails extensively as a horse back rider. Has attended restaurant for special occasion dinners. Can understand using assessment money to support the restaurant.

Whew. Well, that’s a wrap for me. As always, use our discussion forum to comment about this and other articles.