Cellular in RSF is provided by a few miscellaneous large antennas (such as Verizon’s village tower, and AT&T’s village antenna), as well as a Distributed Antenna System (DAS) shared by Sprint, T-Mobile and AT&T (but not Verizon) to provide LTE service to roadways. The net result of this hodgepodge is that commonplace 4G/LTE Internet is not available everywhere in Rancho on all major carriers, and especially not in people’s houses. Voice call dropouts are still routine when driving around Rancho Santa Fe and in households.

To be sure, there are residents who are generally against cellular, their concerns being related to aesthetics and health. I think most Rancho residents agree that while improving cellular access is beneficial, it should be done without a proliferation of unsightly cellular towers.

Health concerns are marginal at best. While you can find lots of Internet scare articles about cellular radiation (as you can find about  every other topic known to humankind), the reality is that Wifi (which has very similar energy and frequency to cellular) and cellular are ubiquitous from the Starbucks to the office. You’d have to live on a pretty lonely island to get away from it.

Having said that, no one wants to live close to a cell tower. The current DAS system, with small antennas and small power output on power poles, seems to be OK with residents.

Coming To a Head?

As I mentioned above, the Association (really, the Board), has done nothing related to cellular for years, even though it has a Technology Committee that supposedly handles cellular.

This may turn into a problem. The County has published a new proposed wireless facility ordinance that would allow small cell wireless sites to be installed in utility right of ways at the sides of our roads without community input. In the past, community organizations like the San Dieguito Planning Group and our Association would have a say about proposed cellular facilities. This is why you generally don’t see cellular antennas in San Diego county. The planning groups forced the carriers to camouflage their facilities. The new proposed ordinance would cut out community review for Small Cell Wireless (SCW) facilities.

The deadline for submitting comments about the proposed ordinance was yesterday. One of our new Board members has been following this development and has put the item on the July 2nd Board meeting agenda.

As a community or individually, we may or may not want or care about improved cellular, but none of this matters to the cellular operators since they build their networks to service the public at large and Rancho Santa Fe is largely composed of County right of way roads.

So it would behoove us to get ahead of this issue to prevent problems. As we know from the SDG&E pole replacement debacle, once a utility starts down a path, it is well-nigh impossible to change their minds.

I hope this article will serve as a wake up call to the Board to get some fresh blood involved in a Board sanctioned committee that has the purpose to improve Rancho cellular service while doing so in an aesthetically appropriate way.

For example, new wireless sites could be built with unsightly aerial power and fiber connections OR these connections could be undergrounded. They could be built with large refrigerator sized boxes beside the poles OR you could use the latest technology and incorporate the electronics inside the poles. And maybe our existing DAS system could be upgraded to both look better and be more functional without the need for new poles.

What can happen without community input: 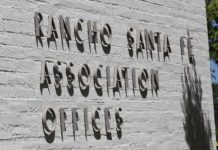 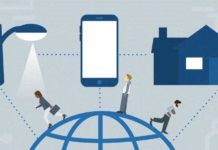