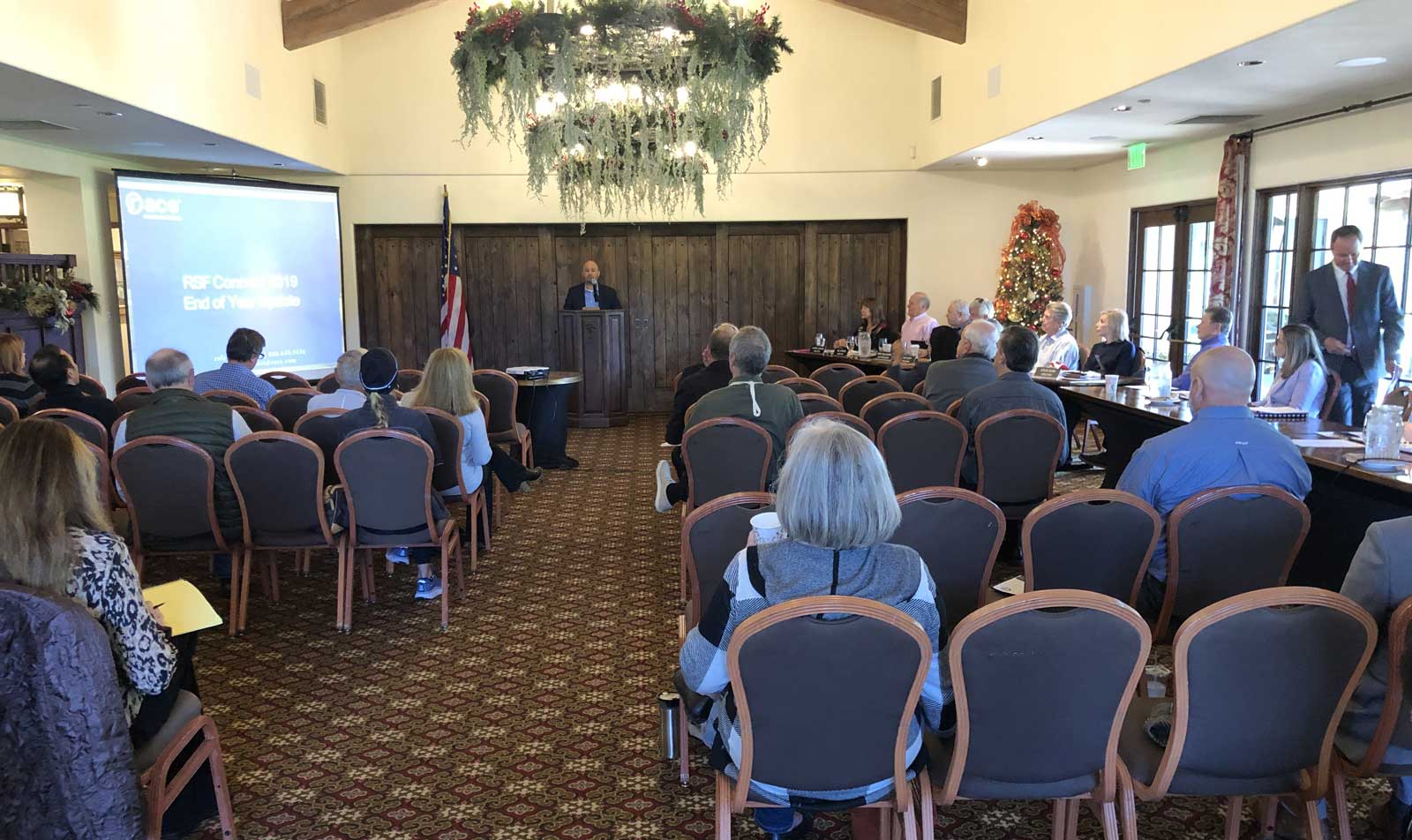 This article reports on everything else that occurred, all no less important.

Oh my gosh, I was almost in tears at the meeting start. A member (whose name I did not quite grab) came with his approx. 7 year old daughter to complain that he has been trying to renovate his backyard pool for two years.  He has had two Art Jury denials for trying to replace an old oval pool with a new rectangular pool and pool cover. He told the audience that the latest rejection asked for his application to be made “more harmonious” with the backyard. He doesn’t even know what that means.

The member painted a vivid picture of two lost summers with no pool parties. Even worse, he knows of other ranch acquaintances who went ahead and renovated their pools with no Art Jury submissions – their pools are done, his is not.

The Association continues to work on designs. They now need to work with a structural engineer to help determine costs for the designs. As a reminder, the Board approved spending money to design an upgrade for the Golf club restaurant, but no budget has yet been approved to actual perform an upgrade.

By the way, we really need a name for that restaurant! While it is in the Golf Club, all Association members can eat there with their guests. So calling it the “Golf Club restaurant” is a misnomer, but since it doesn’t have a name…

Back to “Art Jury”

Six years ago, the Art Jury was renamed as the Covenant Design Review Committee (CDRC). At this board meeting, it was voted 7-0 to change it back based on a staff recommendation report. In her report Christy Whalen listed four reasons for the reversion to the old name:

Before the vote, Director Steve Dunn asked the Art Juror present, Janet McVeigh, what the Art Jury thought of this. McVeigh stated that the Art Jury president had polled the existing Art Jury members and found that 4-1 preferred the CDRC name. They did not like the name “Art Jury” because it sounds like a judgement is being handed down, rather than a collaborative process. McVeigh stated that the actual process was a design review with ideas flowing back and forth to achieve overall design goals while meeting Covenant requirements. “Art Jury” made it sound like a more confrontational process. She also stated that no one on the committee was adamant about the name.

Five interviews were conducted for two open positions. Rick Sapp, as board president, reappointed Jack Queen (who had served a shortened term as a replacement for Jane van Pragg who had resigned April 1st), and appointed Bill Danola. Both will serve new three terms starting January 1st.

The Historical Society was gifted a commission for a Lillian Rice statue. They asked the Board permission to place the bronze statue on Association land on the north grass triangle in front of the Inn. The Board voted 6-1 (Sharon Ruhnau dissenting) to allow the placement of the statue.

The CA law called Davis Stirling mandates that every HOA have an Internal Dispute Resolution process to mediate disputes between members and the HOA.

Members have always had a right of appeal if their own Art Jury submission was denied. They could appeal the denial to the Board. The IDR process, however, allows any member to dispute any final Art Jury decision.

This document, produced by the Board, is the process to dispute final Art Jury decisions. It was approved by the Board on a 7-0 vote.

In an odd procedural move, the Board voted 7-0 to send this letter to Association Manager Christy Whalen and Building Commissioner Maryam Babaki. I say odd since when does the Board need a resolution to correspond with their own staff?

Odder still, the letter asks staff to impose what looks to me like onerous new processes onto the Art Jury. Isn’t the Art Jury independent of both staff and the Board? The Covenant makes it clear that the Art Jury is not a sub committee of the Board, but is its own entity and explicitly allows the Art Jury to set its own processes.

In the meeting, Director Steve Dunn asked Art Juror Janet McVeigh if the Art Jury had seen the letter and she replied that they had not. Director Rick Sapp stated that this letter should be considered as “suggestions”.

Final point. Although the Board now has two Board members as liasons to the Art Jury (Bill Strong and Sharon Ruhnau), it appears that communications between the Board and the Art Jury could be better. During the meeting, Art Juror McVeigh expressed frustration that the Art Jury had not been given an opportunity to submit review comments on the PV Solar Regulatory Code amendment before it had been published for public comment. Rick Sapp, the Board President, replied that the Art Jury can now submit comments like everyone else. McVeigh asked that in the future, the Art Jury would be given time to provide comments to regulatory code changes before they went out for public comment. It wasn’t clear whether that was agreed to by the Board.

Tennis club representatives were on hand to ask Board approval to host a one week pro tennis tournament January 12-19 at the tennis club. The contract had already cleared the audit/finance committee and the Tennis Club would make an approximately $5K profit on the tournament.  The Board approved 7-0.