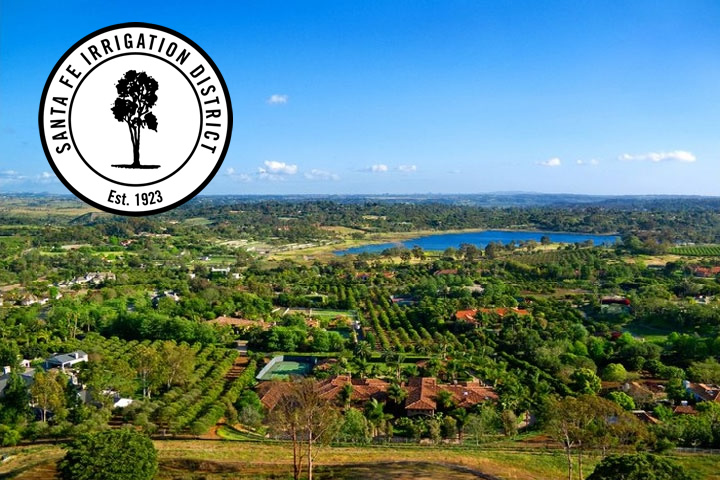 There was robust public participation.  Twenty-two members of the public gave three minute remarks; eighteen of those from Rancho Santa Fe.  By and large, public comment was pointed and direct and I detected a faint air of resignation lurking in the background. There were two recurring themes:  customers in 92067 were never going to get fair rates from a Board ruled by a majority of Solana Beach Directors, while three Solana Beach customers praised a tiered rate structure.

Several customers suggested the District’s name should be changed to Solana Beach Water District, and one suggested District offices be moved out of the Covenant to Solana Beach. One Solana Beach customer noted large property owners’ “frivolous” water consumption – a remark in a similar vein to her previous testimony that referred to Shangri Las.  Ms. Harliss, a Solana Beach City Councilperson, made more circumspect remarks, revealing the chasm that exists in SFID.  “Residents using large amounts of water for non-essential uses such as irrigating expansive landscaping should incur higher rates than lighter users regardless of the size of their meters.”

In my opinion, Ms. Harliss’s analysis fundamentally asserts that city-sized lots in Solana Beach have “light” outdoor irrigation consumption, while larger properties have “non-essential irrigation uses”.  If your property size is small, your outdoor water irrigation use is “light” and good; if your property is many times larger than a Solana Beach lot, then your water use is “non-essential” and bad, and must be levied a significantly higher percentage of District overhead expenses. If Ms. Harlilss’s remarks had focused only on interior domestic water usage she and I would probably be of the same mind.

The tenor of the public participation remarks and my fellow Directors remarks stayed with me after the Hearing. SFID is organized as one District, but it serves two very distinct customer profiles. That fundamental, distinguishing fact made me curious to learn how other water agencies characterize and treat their customers with large properties.

Olivenhain Municipal Water District’s recent Cost of Service Study added a FOURTH tier (only has 4 tiers for domestic customers), and that Board specifically directed that their new fourth tier only apply to 10% of domestic customer bills.) SFID added a FIFTH tier specifically designed to apply to 30% of every single hcf of water sold. This new tier picks up 31% of every 1” meter hcf; 36% of every 1 ½” meter hcf; and 51% of every 2” or larger meter hcf.  (61.6% of the extra-capacity cost allocation overhead falls on these Tier 5 bill customers.)

Beverly Hills, a water purveyor traditionally near the top of California’s g/c/d list, described its water needs as follows: “The City’s image as a high-end community is due in part to its dedication to its lush, garden-like landscaping both in the private and in the public sector.  With over half of the City zoned for low to medium single family dwellings, the City has a significant number of landscapes which require consistent irrigation to maintain those landscapes.”  “Also many of the residents maintain backyard pools which require water for their operation.  The use of pools during the summer months places additional demand for water when irrigation demands are already high.  A large portion of the City’s water is used to water landscapes and to fill pools.”  The City of Beverly Hills is not in the business of water-shaming its large property customers; they are in the business of explaining why their customers’ property profiles place them at or near the top of California’s g/c/d list.  Granted their customer profile is more homogenous, the Beverly Hills City Council clearly understands and protects its brand.  The language in their recent COSS was a refreshing contrast to SFID’s recent COSS, and their COSS was immensely easier to read and understand than SFID’s opaque document.

For those of you who have either attended SFID COSS Workshops, or reviewed the COSS, you would know that “peaking” costs are why tiers 3, 4, and now tier 5, are ever more expensive. The actual cost of imported water in tiers 3-5 is the same/hcf.  “Peaking” costs are what drive up tier costs. What most large property customers do not fully appreciate, is that while you may expend considerable money to install water efficient irrigation heads/controllers, and remove turf and replace with landscape suitable to our Mediterranean climate, SFID Board majority continues to vote in rate structures that throw an ever increasing proportion of District overhead costs onto your bills simply because your property is significantly larger than smaller, city-sized lots.  It is this property size/price dynamic that is at the heart of SFID rate design inequity, in my opinion.

If your property is significantly larger than the average Solana Beach customer, it matters little how water efficient you make your landscape. SFID’s Board majority continues to look to you to pick up a preponderance of all District overhead costs. A large property requires more water than a 6000 square foot lot. SFID knows this and SFID Board majority counts on this. The newly adopted SFR rates added the “meter overlay” feature, but who do you think pays for that feature – the newly instituted Fifth Tier.  Bills falling within Tier 5 were specifically designed to pick up an additional 61.6% of peaking costs. (Remember, OMWD’s top tier was specifically designed to capture only 10% of these high-peaking bills.)  Otherwise SFID would have to increase the overhead costs of customers with small, city-sized lots – approximately 40% of all SFID customers – to pay its recurring bills.  The Board majority has studiously protected these customers’ low water bills for the past two rate increases.

To achieve rate equity you would need to pay to downsize your water meter to ¾”; if you have a pool empty your pool, and hope the pool shell doesn’t pop out of the ground; and not water your landscape, save for an amount that models, say, a 6,000 square lot. Then you would be in the cat-bird seat sitting alongside 40% of the essentially city-size lot customers not paying extra-capacity.  But at what cost?  Significantly diminishing your property value?  Ruining the beauty of your community?  Again, SFID knows this and the majority of the SFID Board counts on this…all under the guise of “increasing tiers to promote water conservation”.

Who Pays SFID’s Salaries and Pensions?

SFID’s District Counsel produced a 37-page legal memo in defense of the proposed water rates, focusing on the legality of tier rates. A recurring theme was that tiered rates promote water conservation.  There is little if any nexus between SFID adding ever more expensive tiers and a reduction in water sold.  SFID clearly knows this and, more importantly, DEPENDS ON THIS FACT.  In November I asked both the SFID CFO and the independent rate consultant how SFID would pay its bills, salaries, pensions, health benefits, etc., if the large property customers turned off their irrigation?  Dead silence.  This is the issue that, for me personally, is most vexing:  customers with large properties are characterized as entitled and criticized for frivolous, non-essential water usage, but SFID wouldn’t have a prayer of paying its salaries, pensions, health-benefits, and aging infrastructure bills without the water usage demands from large property customers who are often pilloried from both the audience and Board dais.  I don’t believe I have ever heard a simple “thank you” from either the staff or my fellow Board members to the owners of large properties who essentially bankroll District operations. 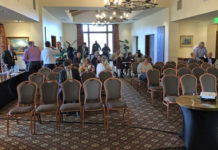 2020 Election Issues
I just wrote an article about possible election issues for the upcoming Association board election. …
By ptrubey in Association
PLEA: Anyone recommend home IT consultant?
I used AAV integration (Travis Benelli, travisbenelli2@yahoo.com, 1 (760) 224-2270) to run the fiber…
By Frank Creede in RSF Connect Fiber Network
Propane Pricing
KC Propane is the best price in town; always has been. I used Pacific Coast Propane before I went to…
By Vocal Resident in Utilities
PLEA: Anyone recommend home IT consultant?
Here’s a list of companies that provide home IT: https://rsfpost.com/2020/01/30/technology-integrati…
By ptrubey in RSF Connect Fiber Network
We now have better Verizon coverage
Before Christmas, you might have noticed bucket trucks working on our micro cellular antenna system …
By ptrubey in Utilities 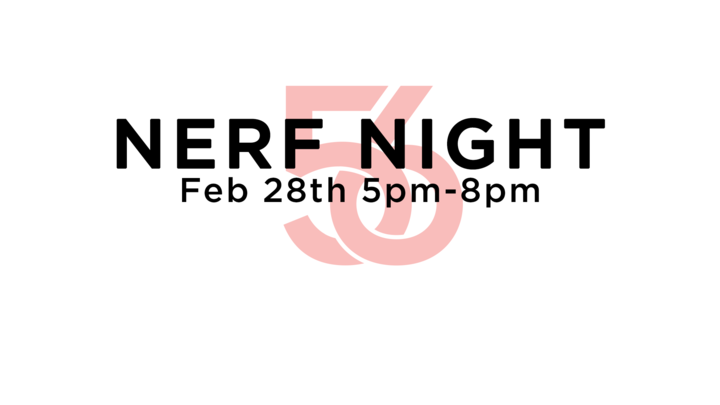 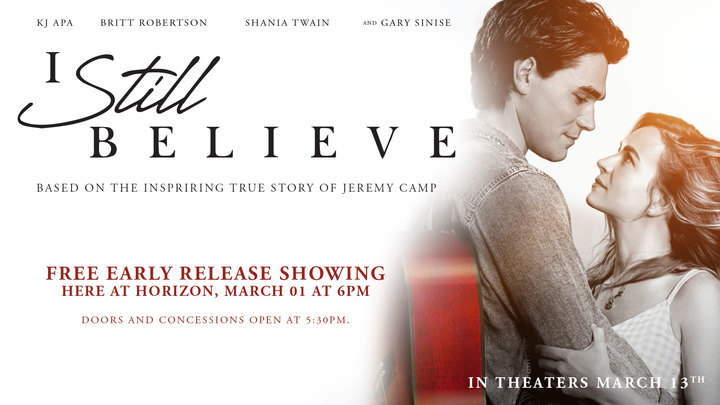 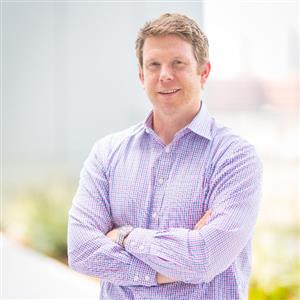 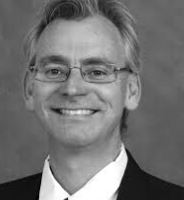 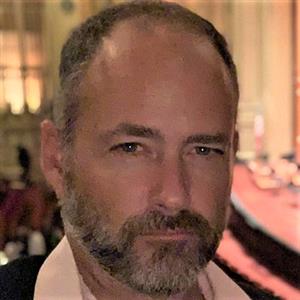