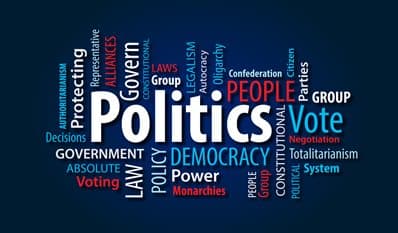 At the conclusion of Thursday’s RSF Association board meeting, a meeting of RSF’s Political Action Committee was called. Since not a lot of people know much about the PAC, here’s a quick overview.

The PAC board is comprised of the same members of whoever is on the Association board. It is funded by voluntary donations from RSF Association members, usually solicited during the annual member dues billing letter. It usually spends money on political candidate donations (usually County level) to ensure that the Association has a voice. Having said that, probably the biggest single expenditure to date has been to fund the lawsuit against the SFID to protest how they allocate costs, and thus force bigger water users to pay more than they should. Since the golf club is SFID’s largest water user, this affects all RSF members regardless of how much they personally use.

During Thursday’s PAC meeting, the PAC board authorized donations to various County supervisors.

While the reported PAC fund sits at $275K, only $11K of donations came in since last fall. Board members discussed various reasons why this occurred with a consensus that better communications about the PAC is needed.

Board member Bill Weber noted that the golf club and tennis club holiday funds routinely gather consistently high donation amounts and he attributed this to a simple concrete message about what people are donating to.

PAC minutes do not seem to be available anywhere. And while funding the SFID lawsuit is laudable, it may appear to some as mission creep. What other lawsuits or projects will the PAC fund in the future? Did Association members, who donated to the PAC, get notified that PAC funds were going to be used for the SFID lawsuit ahead of time? The first I heard about it was when Allen Finkelson told us after the fact during the annual general meeting.

I’m not trying to knock the PAC, just pointing out some communication deficiencies. Hopefully the Association will rectify these issues and the PAC can continue to advance our interests going forward.

You don’t have to wait until the Association sends out a mailer to donate. Anyone can donate to the PAC at any time here.