The Bible’s came on camera to ask why their lot split request hadn’t been acted upon. This is the same lot split that a member protested during February’s board meeting. It’s been in front of the Art Jury twice, each time the Art Jury asked for changes and a resubmittal. The last minuted Art Jury meeting about this was February 19th. Presumably the Bible’s resubmitted and were now asking why the Art Jury hasn’t considered it yet. They said that they had been told that there had been a freeze on property splits and that the Art Jury was told that it wasn’t a priority. Contra these assertions, director Rick Sapp said that Art Jury meetings had been suspended with the coronavirus situation and just recently they took up simpler projects as they (and the Association staff) get their procedures in place.

Sapp offered to put the Bible’s in touch with the Building Commissioner. 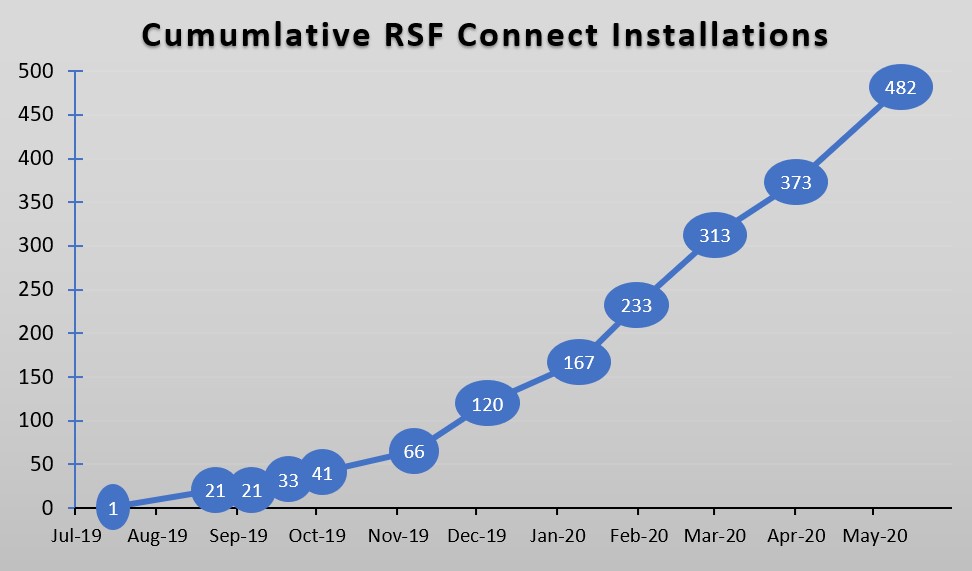 Race Communications did a heroic effort and connected 109 new customers from April 1st through May 11th. As you can see from the chart, they had a tiny blip during the start of the coronavirus situation, but have found their pace again.

Race also updated their other numbers, showing 1006 “orders”. I believe this “order” number isn’t what I had previously thought it was (one would think it was the number of people who ordered Internet service, but it appears to be the sum of services ordered, like phone, TV and Internet).

I tried asking the question of how many people have ordered Internet service in total (so we can see how much of a backlog of potential customers there are), but the Association didn’t enable my mic and I was stuck pantomiming on the video that I had just one question. Director Rick Sapp said he didn’t want to take my question and for me to submit it in email. I’ve done so and haven’t received a response yet.

It wasn’t a good look. The Association couldn’t have broadcast that they don’t want the plebes to be heard any louder than if they had put up a sign saying “Shut Up”. Unsurprisingly, no one asked any budget questions thereafter, and no more input was solicited from members for the remainder of the meeting. The Association seems to be liking this no mic, one way meeting aspect of zoom meetings.

Here’s the summary of the budget presentation: Our finances are overall in good shape.

Here’s what was missing: An analysis of where is our money spent and why?

Was I expecting too much? The presentation was an accountant’s view of the Association’s operations, not a manager’s view. How much do we spend on the Patrol? Parks and Rec? Does the Golf Club make money? Does the Tennis club? Osuna? Should we be investing more money or less in these major areas?

I realize these deliberations occur (I hope) in the Finance and Audit committee, but I was looking for the results of such deliberations.

After the CFO’s presentation, the board did a congratulatory back patting of everyone involved, saying how hard everyone worked, and how wonderful it all looked. No member was brave enough to ask a question after that.

Christy Whalen reported that the committee in charge of Association/Golf Club shared expenses (sorry, I don’t know its official name since it isn’t listed on the Association’s list of committees on their web site) recommended a continuation of the $300K of interfund transfer from the Association to the Golf Club to pay for restaurant deficits for fiscal 2021. The project to possibly renovate the restaurant has been put on hold for 6 months to a year due to financial uncertainty relating to the coronavirus.

The largely uncontroversial lot coverage and roofing new/revised regulations were put into effect.

Director Sharon Ruhnau stated that there was a “movement towards expanding the lot coverage regulation towards other areas”. I wrote about this extensively back in December. Bill Strong agitated for a more expansive lot coverage definition by stating that former director Allen Finkleson had also made a case for it during the March board meeting.

The vote to approve the new lot coverage regulation (that only adds pools and sport courts to the 20% lot coverage definition) was passed 6-1 with Ruhnau voting against.

Board and Art Jury Interaction

Director Bill Strong forcefully brought up the Board and Art Jury interaction issue. Back in that same December board meeting (it was a doozy), the Board voted to send a letter attempting to impose a new process to Art Jury deliberations. In this Board meeting, Strong said that he had a new process which had been whittled down to only six new findings and 210 words long that the Art Jury must make on each project.

Strong complained that the Art Jury had not implemented this recommended new process for six months. Building Commissioner Maryam Babaki stated that the issue will be discussed during the next board meeting. Ruhnau stated that she had received comments about this new process from some, but not all Art Jury members.

Is this just an internal dispute/negotiation or does it matter to you and me? Well, it was the Board on a 7-0 vote that decided to publicize what could have been an internal discussion. So the Board is inviting outside scrutiny. If you read the Board’s letter from December, you’ll find that among other things, it wants the Art Jury to deny applications that do not meet the “Design Guidelines”. The Design Guidelines is a document that was produced several decades ago. It is just what the title says it is, guidelines, not hard and fast rules. If that December letter were implemented, it could force the Art Jury to reject many more projects beyond what the Covenant and our regulations require. So yes, this is something that affects us all.

Discussions between the Art Jury and Board are on going and we’ll report on what the end result is.

Speaking of hard and fast rules, the Board is revising the grading regulations. Strong said he submitted a proposed new regulation to the Building Commissioner. Alarmingly, director Laurel Lemarie asked if the Paul Mayer project could be put on hold until the new grading regulation was passed. She characterized this member’s project as having extensive grading. Building Commissioner Babaki stated that we must use existing regulations whenever projects are processed. Babaki and Lemarie agreed to meet offline about this.

No, no, no on putting a member’s project on hold. This would be a major abuse of power. That a board member would even think of not following existing processes for member applications is outrageous.

Beyond that, quite a few board members appear to be anti-development. There have been a lot of recent past board actions (such as passing the incredibly building unfriendly Art Jury IDR process 7-0, which I just wrote about in more detail) and several discussions in this and other board meetings that show board members as trying to constrain construction projects beyond Covenant language and procedures. I’m alarmed. 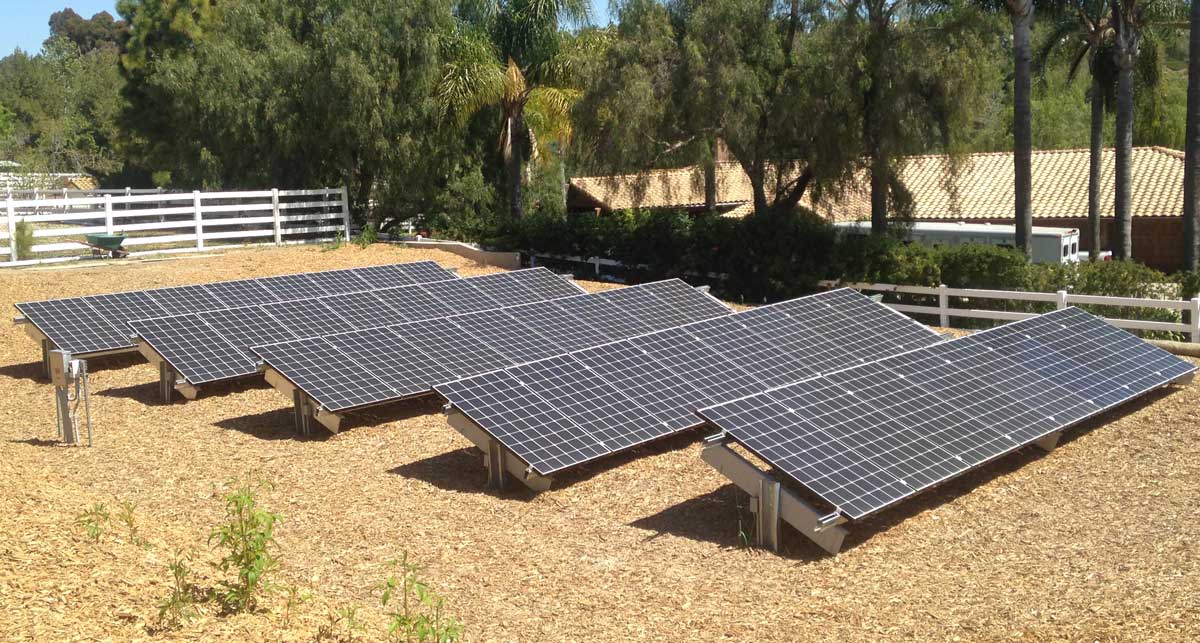 The solar regulation was revised during the comment period and a new one is now being published for a new 30 day comment period. Director Mike Gallagher strongly objected to the provision that ground mount systems must be no taller than five feet saying this was “nonsense thinking”, an arbitrary number, and that no one bothered asking industry professionals about this restriction. In further email discussion with Gallagher, his objections are both aesthetic and performance based in that he thinks a taller panel structure could look better than a more spread out field such as shown here. He also thinks that restricting a ground mount system to five feet above grade could result in sub-optimal performance. The system shown here (which I built for a friend) is perfectly optimal and is only 33″ high from grade, well short of the 60″ maximum height in the proposed solar regulation. 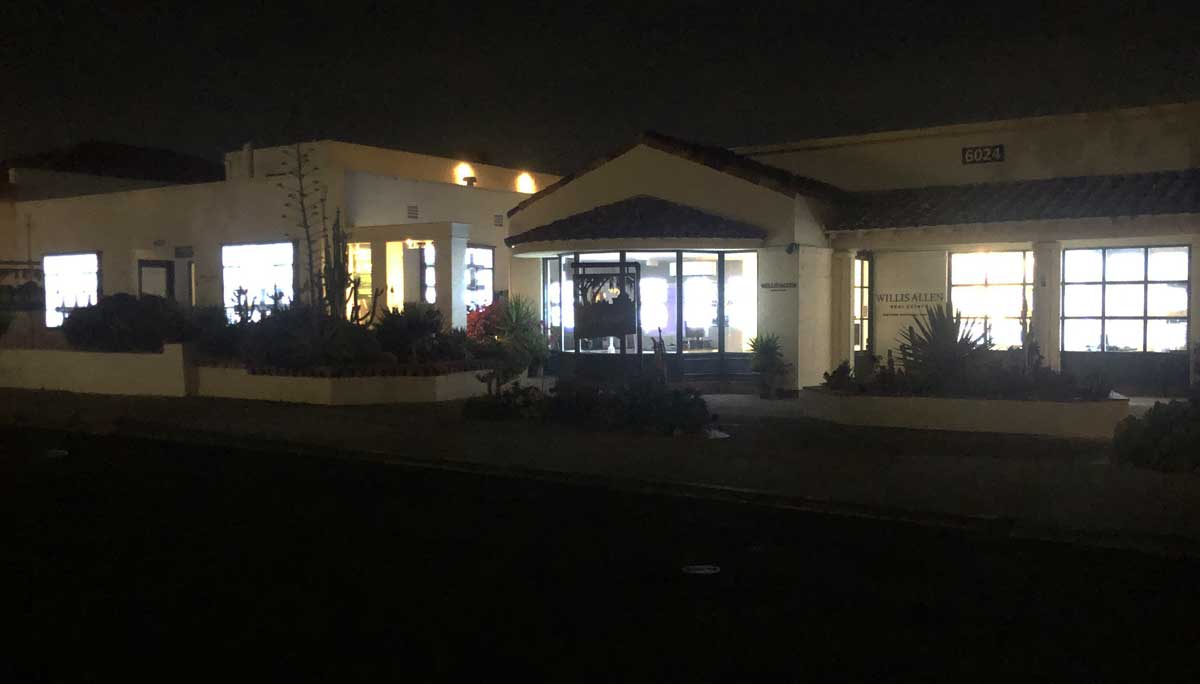 There are (were, see below) three realtor offices in the village that have back lit window signs that appear to be on all night long (I took the nearby pictures at 10:00 pm one night last week). Directors Lemarie, Ruhnau and Strong voiced objections over them and asked that these be treated as a code violation/enforcement issue.

Ruhnau cited that regulatory code section 46.07 specifically prohibits these kinds of signs (46.07 Types of Signs Not Permitted. Prohibited sign types include, but are not limited to: … b. Rear-illuminated, interior-lit or neon signs.). 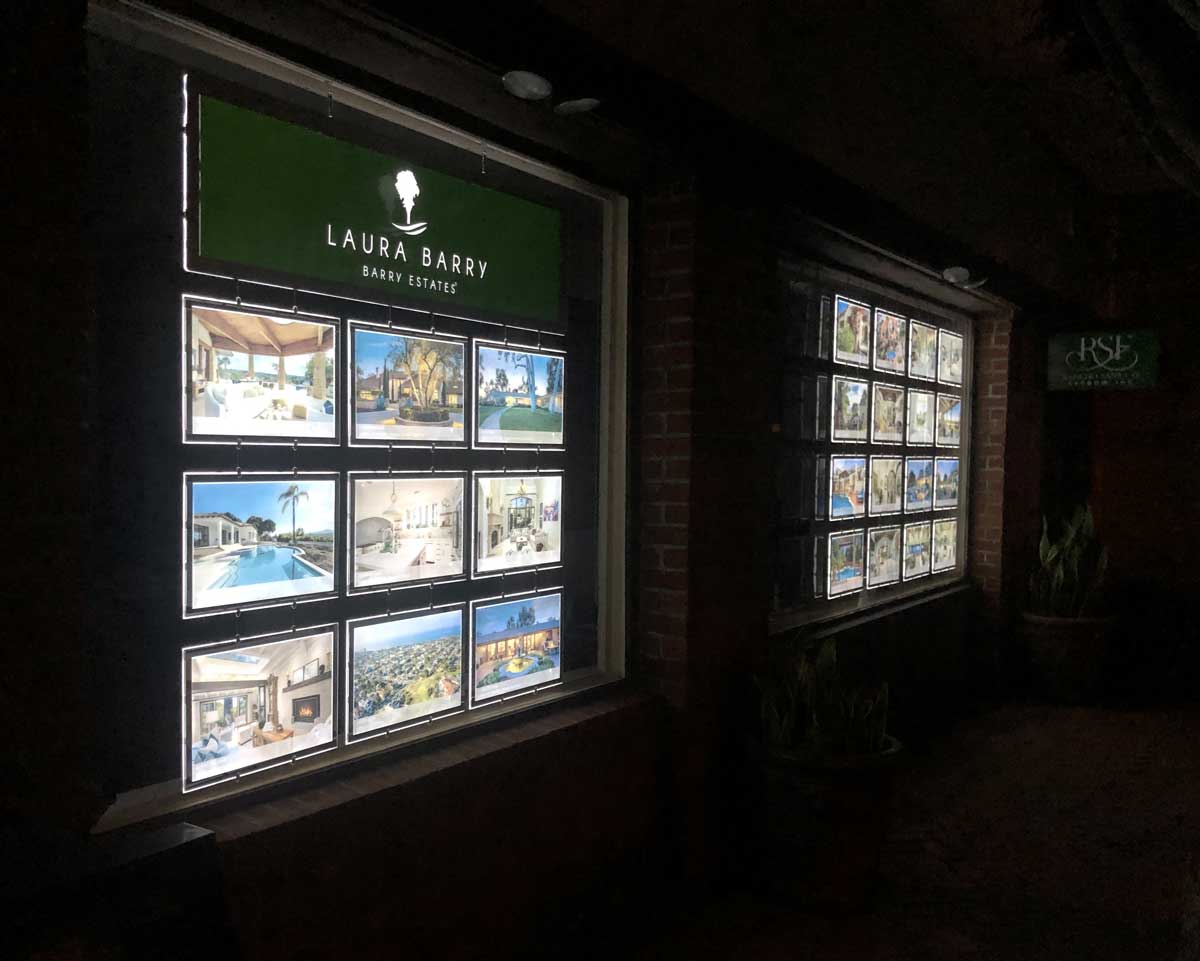 Strong stated that among other things, they impact the San Diego dark sky policy.

Building Commissioner Babaki stated she would look into the matter.

Update: When I drove through the Village Sunday morning, all these back lit window signs had been turned off.

While I was killing myself trying to keep up with my friend mountain biking this morning, he mentioned that his 300+ home nearby HOA had seemingly stopped communicating with their members completely. They recently changed their road speed limits (like most HOAs, they own their roads) and not only did they not solicit input, people didn’t even find out about the new limits until new signs were installed. So while I criticize our Board and Association, I do recognize they are more transparent than most. Having said that, the only way to really know what is going on is to either attend Board meetings, or read the RSF Post. The Association official communications omit quite a lot.