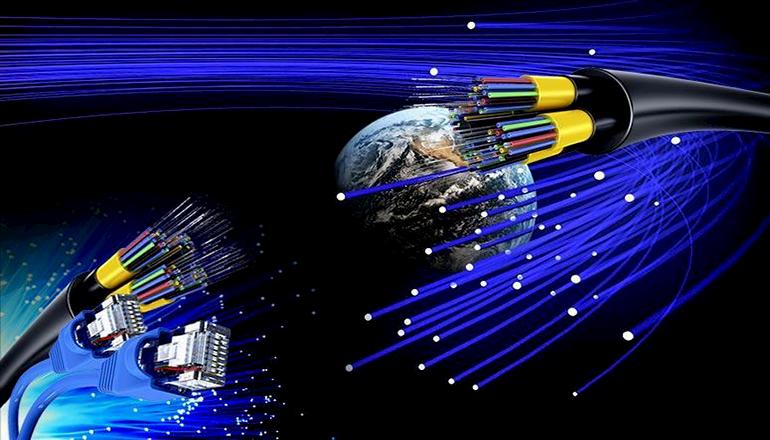 As of last week, 646 of us are enjoying high speed gigabit fiber access to the Internet. And by enjoying, I mean it is unbelievably fast. Here’s a sample graph I grabbed off my monitoring software when my son downloaded a 60 GB online game (which is how big they are these days). The gaming company (Blizzard Entertainment) obviously had huge bandwidth themselves and were able to continuously pump out about 850 Mbps for 10 minutes. That’s all the time it took to download the game, and even better, there was still lots of headroom to allow other members of the household to stream Netflix and do fast web surfing.

The Association needed to borrow money to finance the network, and through the hard work of Janet Danola, detailed financial models were produced to see how many customers we would need to meet our projected cash flows. The magic number we needed was 642 customers to hit the baseline financial projections, and as of mid last week, we had 646 customers connected. Even better news: When construction started, the revised cost estimate was $19M. Somehow the Association built the network at a total cost of only $16.4M. Nice job!

One more milestone: All the customers who had placed an order by June 30, 2019 have now been connected.

I fielded a call today from a new homeowner who will be moving into Rancho in about a month. They have belatedly realized there are no good high speed Internet options other than RSF Connect at their house. I told them to call Race right away and put in an order. Unfortunately, I don’t know if they’ll get it installed before they need it.

My point is that there is still a backlog of installation orders, so I really recommend not to wait until the last moment to order service. It can easily take a couple of months since there is conduit construction work that must be scheduled among other things.

I have been to a number of member’s houses to do some top level recommendations on how to get their WiFi up to snuff to get the most use out of their gigabit Internet connection. I’ve come away with a renewed appreciation for how difficult it can be to properly wire our large estate houses. And you do want to use physical wire. Mesh solutions work for houses up to 4,000 sq ft or so, but once you get larger than that or add guest houses, sport courts and large yards, you need more industrial strength solutions, and that means physical wire.

So, I highly recommend you call one of the companies I researched from this article to get your WiFi and inside wiring set up properly, ideally before you get your gigabit Internet installed.

For those with a technology bent, here’s an update of where we stand with WiFi standards. As you know, while we use gigabit Ethernet for wired connections, WiFi is what is used for wireless connectivity. The current widely deployed standard has the consumer friendly name of WiFi 5 (the technical name is still 802.11ac). It’s been around for several years and will give you up to 800 Mbps individual link speeds. This is the technology that all installers install in houses right now.

By the end of 2020, Wifi 6 (technical name 802.11ax) will be widely available. This new standard provides a total bandwidth boost for crowded environments, like offices, Starbucks, stadiums, etc. So if you have one hundred devices communicating to the same access point, it’ll make better use of the same bandwidth and give each of those 100 devices a perceived boost of maybe 40% more bandwidth versus WiFi 5. For home environments, it really won’t make much of a difference. In fact, I would counsel home users to stay away from WiFi 6 until interoperability issues have been ironed out over several software releases. Besides, probably none of your current wireless devices can use the new WiFi 6 standard. For example, the only Apple devices that are WiFi 6 compatible are the iPhone 11, and this year’s iPad Pro.

Hot on the heels of WiFi 6 is another new WiFi standard, WiFi 6E. It uses the identical software and communication protocol as WiFi 6, but adds a huge new frequency band. Both WiFi 5 and WiFi 6 use the 2.4 Ghz and 5 Ghz frequency bands to communicate. In April of this year, the FCC opened up the entire 6 Ghz frequency band to WiFi thus increasing total WiFi bandwidth by 2.5 times. WiFi 6E is the standard that can use that new 6 Ghz band.

There will be two benefits with WiFi 6E. One is that your individual link speeds can now be higher than 1 Gbps since you can easily use wider channels. Second, there will be a lot less interference in this new spectrum from neighbors if you live in a condo or tight suburban house.

Will it be a game changer? Most home users won’t notice much of a difference, but some power users will. It sure excites engineering types (like me) of course. Yet more fun things to optimize and play around with. Chips supporting WiFi 6E are just hitting the market, which means phones, laptops, and access points that use the new chips will be a while yet to come to market. I’m thinking that I may upgrade my network to WiFi 6E mid 2021. Maybe.

One last technical point. It may seem like the 2.4 Ghz WiFi frequency band is being abandoned, since the maximum throughput you can get through it is about 100 Mbps, and often far less than that. BUT it still relevant for two reasons: legacy compatibility and reach. I am still encountering devices that I’ve recently purchased that only use the 2.4 Ghz band (most recently, a remote thermometer). Another good reason to continue using it is reach. If you are like me, you live in a poor cellular coverage area, so WiFi is all I’ve realistically got even outdoors (using WiFi Calling). It is annoying indeed to be at the pool or a sport court and not be reachable via your phone. Ubiquitous outdoor WiFi coverage solves that, but the 5 Ghz or 6 Ghz bands have less than half the reach than the 2.4 Ghz band.

I’ve gone to the trouble to ensure that I have half decent WiFi coverage throughput the outdoor areas of my 6 acres, but even then it took four separate WiFi access points (all wired, just install conduit or direct bury wires, it isn’t hard) to get that coverage, and the far reaches are only accessible via the 2.4 Ghz band.

So while you want to engineer your house to have solid 5 Ghz signals everywhere for the speed, you also want to have the 2.4 Ghz band for compatibility and reach, especially for outdoors.

OK, enough nerding out for now. Got questions? Ask! 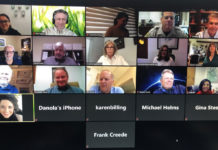 Soccer Lessons - Former D1 College Player
Hi RSF! I played soccer at Duke University and graduated in 2014. During my time there we went to a ...
By averylaurenne in Discussion
ADU's
I don't believe it is much different from getting anything else approved. The Association is still a...
By ptrubey in Discussion
ADU's
Does anyone know about getting additional dwelling units approved in the Ranch? Is the process any e...
By RSF Networks in Discussion
Race Internet - conduit install - be careful
Interesting info @pturbey. I also noticed the less # of hops and low ping in general (compared to my...
By MadPersianPrince in Discussion
Race Internet - conduit install - be careful
I know what you mean. I have a book in my library that shows the major Internet links in use circa 1...
By ptrubey in Discussion