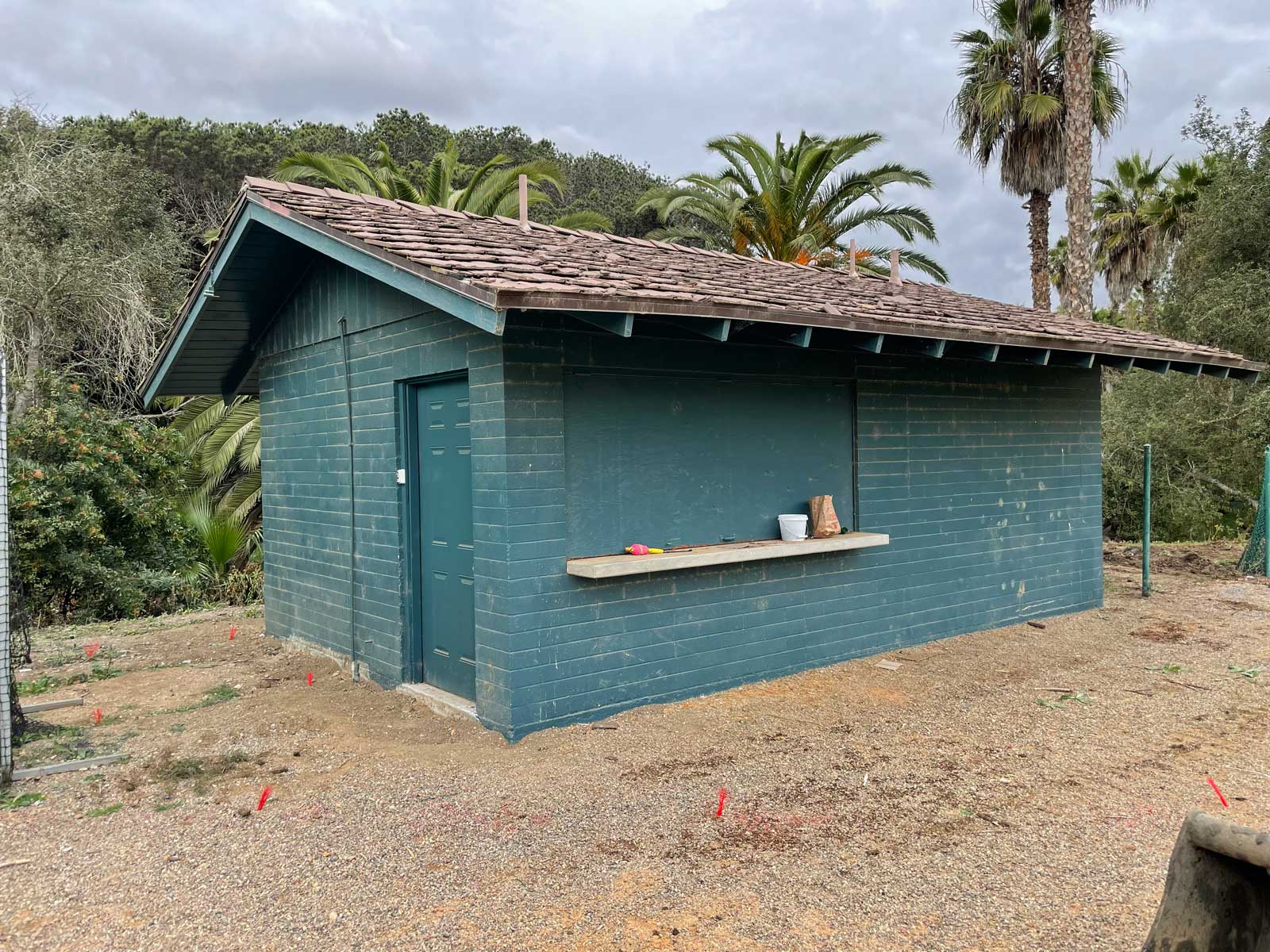 1960s era building being renovated back into a bathroom once more.

Over four years after the RSF Post complained about our permanent porta potty at the Richardson baseball diamond (later updates here and here), bathroom construction has finally started. The Association Board had allocated $100K for the project just over four years ago but Federal and county permitting agencies threw up various roadblocks. Apparently they have now been cleared.

The Association will renovate an existing on-site 1960s era building, which was originally built as a bathroom before being repurposed into a snack bar and most recently, a storage building. The final bathroom will be a single stall unisex design.

Excavation is currently underway to install power and sewer connections to the building. In addition to all new bathroom fixtures, the roof will be repaired or replaced. The building is located along the third base line of the field near the creek. Hopefully construction can be completed in time for Little League season start around March 1, 2022.

The Association maintains one other large recreation field, for soccer, along the same road, Ramblas de las Flores. The soccer field also has a permanent porta potty that should also be replaced by a bathroom building. In theory, permitting should not be as big an issue for that one due to a closer/easier sewer location.

Finally, as far as I know, there is one other Association owned permanent porta potty location, and that is in the Arroyo. While there is unlikely to be sewer near that location, a small permanent building on a septic system could be built.

We shall see if the Association board takes these up as budgetary issues.