The California Attorney General, Rob Bonta, threatens The City Of Encinitas with an expensive lawsuit if they don’t approve the 277 unit Goodson apartments, situated just outside Rancho Santa Fe, upon resubmission.

It is extremely unfortunate that Encinitas chose very narrow grounds to reject the apartment complex, and didn’t consider fire evacuation safety, nor a very pertinent road zoning problem with the application.

At any rate, we reprint the Attorney General’s rather pointed and threatening press release here in its entirely, with a link to the letter sent to the Mayor at the end. The Mayor of Encinitas’ response was quoted in this Encinitas Advocate article.

OAKLAND – California Attorney General Rob Bonta today announced that he is prepared to hold the City of Encinitas accountable for its denial of a permit for the Encinitas Boulevard Apartments if the city fails to take corrective action to approve a modified version of the project. By denying the permit, Encinitas prevented the development of housing (including affordable units) in the highly resourced community of Olivenhain, thwarting state housing goals and efforts to increase housing affordability and accessibility in Encinitas where the median home price is $1.67 million, more than double the median price statewide. Today’s letter is part of an ongoing effort by the California Department of Justice’s Housing Strike Force to address the state’s housing shortage and affordability crisis and alleviate its effects on California families.

“While we’re pleased the City may have the opportunity to take corrective action by approving a modified version of the Encinitas Boulevard Apartments project, it shouldn’t take the threat of legal action to induce compliance with the law,” said Attorney General Bonta. “As we work to tackle California’s housing crisis, we need local governments to act as partners to increase the housing supply, not throw up roadblocks. Our Housing Strike Force is working to hold those who break our housing laws accountable in order to help California families wrestling with the high cost of housing, and we’re in this fight for the long haul.”

On November 10, 2021, the City of Encinitas blocked the development of a 277-unit housing project in a wealthy suburban neighborhood that had previously been identified as suitable for the development of lower-income housing and zoned accordingly. The proposed project would have included 41 units set aside for lower-income families and should have been approved under state housing laws that restrict local governments’ ability to deny permits for such projects.

The Attorney General has been informed that the developer plans to submit a revised project proposal for approval by the City, which our office understands includes a greater number of affordable units than the original proposal. If the project application reflects this understanding and the City fails to approve this project, Attorney General Bonta will promptly act to hold the City accountable.

A copy of the letter send to the Mayor of Encinitas can be found here.

SB9 Not Dead Yet For RSF 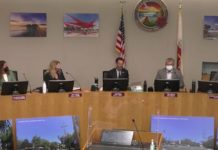 Goodson Apartments One Vote Away From Being Approved