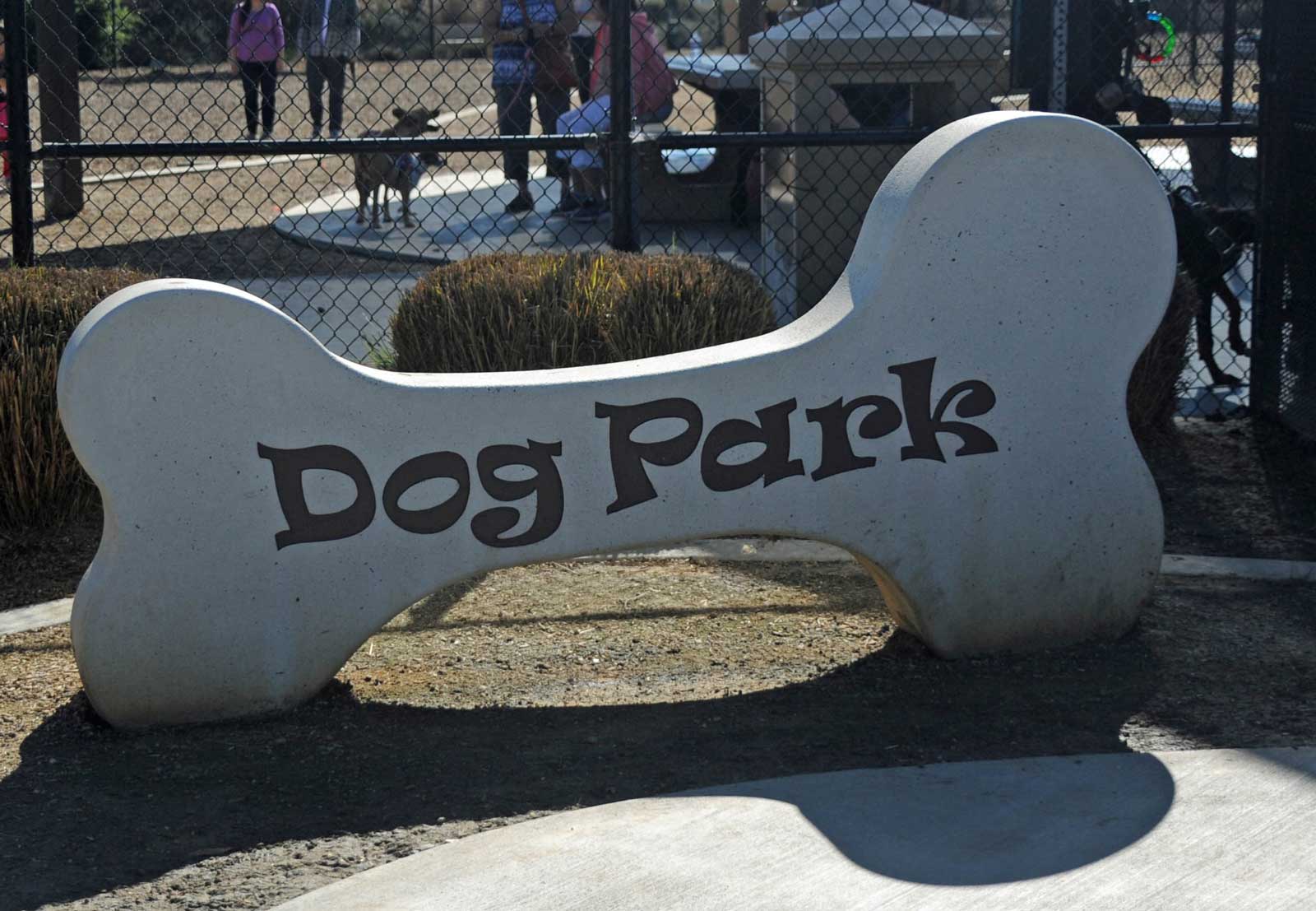 The sign for the Alga Norte dog park in Carlsbad.

Rancho members have created a defacto dog park on one of the village green triangles most days around 4pm. It’s not a great location – there are no fences stopping dogs running into traffic, and the village green is multi use with toddlers playing on the grass at other times of the day, not to mention the occasional event staged there.

Given the demonstrated member need, I am suggesting the Association Board build an official RSF dog park. A real dog park would be fenced, have parking spots nearby, benches, and have a regularly serviced trash can for dog poop bag removal.

Construction costs would be relatively modest, mostly consisting of 4′ high fencing. Here’s a one page set of design guidelines I excerpted from the City of Ann Arbor.

Where to put such a park is the question that isn’t trivial to answer. However, it turns out that the Association actually owns a fair bit of land. Here’s an unofficial (and maybe out of date) map of Association owned properties. I’ve visited five locations on this map, including the Arroyo, the north tip of Osuna and near the soccer fields, that could be sites for a dog park.  Each have their pros and cons.

It wouldn’t take too long for the Association to zero in on a site, develop a rough design and budget and present it to the Board for approval. All it takes is the will to do so.

By the way, that map of Association owned land shows some interesting parcels that really should either be put to some productive use or sold. Parcels like the 2.52 acres of relatively flat land near the village, zoned residential I believe. Selling such vacant land would net the Association millions of dollars or it could be developed for the benefit of all Association members. As far as I know, there has been no Board discussion about this issue.

There’s a Board election coming up. Three spots are up for grabs. I’m pretty sure we can vote in common sense things like a community dog park with three new community minded Board members. Please consider volunteering to be a Board member if you’d like to help, or if you know of anyone else who would be a good Board member, let me know at editor@rsfpost.com.