Without any public notification to the Covenant Membership, prior input or vote of the Covenant Membership, 75% of whom aren’t golfers, we are all about to foot a big new bill, like 300G large a year.  In the heady midst of graduations, school parties and holiday escapes marking summer’s kick off, the RSFA Board unanimously passed a shocking resolution to shoulder half of the Golf Club Restaurant’s operating deficits going forward. Oh, and just to top it off with extra whip: The RSFGC Restaurant capital improvement costs will be shared with the RSFA too. To clarify, the intent is to share the operating deficit of the restaurant equally, but it does result in the unrestricted reserves of the GC being higher by the $300,000, and therefore available for any desired usage, including payment of debt. It looks like the Golf Club Board’s past official political endorsement when the three outgoing Board Members initially ran quite literally paid off. I bet right about now RSF Post contributors and long-time Ranch residents Lisa Bartlett, Jim Boon and Mike Licosati, who warned about the lack of process, communication, transparency, and Golf Club influence in the Association, are giving themselves a big old congratulatory slap on the back, and shouting out,  “I told you so!”

The RSFGC is not only the community jewel, its Board is a well-oiled and organized machine. If you kiss the ring and get its political blessing, the behind-the-scenes PR campaign vigorously percolates through the golfing constituency to mobilize the membership to vote their own in. And I get it. If I were not so deeply unathletic and was super into the whole golf gig, I’d want to make sure my interests were represented and protected too. The problem is that most of the rest of the Ranch is (understandably) as politically switched on as Betty White’s ding-a-lingy Rose on the Golden Girls, and over at the course it’s like Rock the Vote on Red Bull and espesso-laced bath salts. Kennedy-level dynasties and the Pope have less pull. So it’s no surprise that all but ONE of the current RSFA Board Members are RSFGC Members, even though the latter are a small minority in a largely non-golfing community.
And this is where good governance and fair policies must take precedence at the Association over golf partisanship. All Board Members can’t just pay lip service to such ethics, but put them into practice. Consequently, this resolution that just unanimously passed is hardly a vote of confidence. Indeed, it illustrates glaring inequalities when it comes to how the Board treats and funds certain groups/projects over others, and which ones it decides on which to allow a community-wide vote. This lack of procedure is very flawed, and to be honest, unacceptable considering the current Board is made up completely of accomplished lawyers and businesspeople who know that this would not pass muster at any honorable corporation or firm.

When I look back at the Covenant Club and the attempt to look into how the RSFGC’s falling revenues could be revitalized with just maybe kind of sort of possibly a pool to attract the younger folk, I nod my head and laugh at my naivete. That was NEVER going to happen with the kind of Golf Club Board the Ranch has cultivated. Everyone in this town knows they run the joint. Perhaps Ann Boon, who was RSFA Board President at the time, should have done what this Board just did — just Executive order a restaurant renovation, or an eye-bleeding endless cost-sharing agreement, or a pool into existence. But she didn’t. In fact, it was like Guantanamo over at the Association just for Ann to get 300K (the same amount now agreed to finance golf debt on an annual basis) to create a master plan. She first had to put this idea to a community-wide vote. It was only after a majority of Members gave the go-ahead that the funds were released so she could get the ball rolling. There was supposed to be another Covenant Member vote after the final project was officially presented, but we all know once Ann’s Board blew out of town, the paper plans were practically torched like an effigy in downtown Islamabad.
So why didn’t this Board take a page from Ann’s playbook and put their agreement — which they had been working on for MONTHS and only vaguely alluded to in at-the-very-last-minute-posted  month’s Board meeting agenda topic as “cost sharing agreement” (with whom? for what? how much? No unsuspecting resident would know) — to a community-wide vote? I have a monster-truck hunch why. With NO prior public notice, NO public input, NO public discussion of a wider vision, master plan, or outlined strategy before financially committing in perpetuity for the non-golfing-majority RSFA to share the operating deficits and renovation costs of the Golf Club restaurant — the majority of voters would be gazelle-sprinting to the ballot box to deep six this real fast. I’m not sure that even the majority of golfers would be OK with all of this. To end run this community and not give us our right to contribute to the dialogue and to vote on such a serious commitment is outrageous. A shared asset should be run with the entire community in mind, not just a chosen few.

And why does the Golf Club get an open check book and not, for example, Osuna Ranch? The latter used their own funds to create a master plan, which is proudly hung on the wall inside the adobe. Lucky for some, eh? There needs to be procedures put into place so there is an official process whereby each group is treated equally. And why wouldn’t the current Board want to do that to spare them the obvious accusation of conflict of interest when it comes to the Golf Club?
The committee that was created to oversee this fait accomplis agreement did nothing to dispel the appearance of blatant favoritism: It was initially made up of three RSFGC Members (two sitting Golf Club Board Members and one appointed Golf Club Member), and three RSFA Members (two sitting RSFA Board Members and one appointed RSFA Member). There was not even ONE member on this oversight committee that was a non-golfing Member in a community where ONLY 27% golfs.  It was only when, with less than a day’s notice, a tiny handful of Members noticed the just-posted cost-sharing Agenda item and showed up to the Board Meeting to complain about the lack of process and this conflict that RSFA Board Member Mike Gallagher proposed an amendment that passed to require the oversight committee to include two non-golfing Members. Sadly if just two and not half of the committee are non-golfing members then the latter will always be outnumbered and very likely outvoted, but at least Mike listened and threw us a bone. Regardless, we need policies implemented that dictate how committees are formed and adhere to the guidelines. Otherwise claims of impartiality will get one giant eye roll from the general membership.

It’s insanity to keep on doing the same thing and expect a different result. But somehow governing bodies have this knack for repeating history. While an official RSFA restaurant survey has been swanning about as of late to ask our opinion of what we’d like to see NOT IF there’s an RSFGC resto redo, but basically WHEN. And without any of us plebs agreeing to it, that’s another chunk of RSFA change — at least a cool million — being handed over to the Golf Club for an idea that none of us have been consulted on. Golfers will argue that half of all restaurant patrons are non-golfers so they quite rightly should share the bills  — but that’s even more reason to consult us before making a massive unilateral cost-intensive decision. And just an aside here, the non-golfing GC restaurant patronage has helped decrease annual losses.
Who decided that a restaurant remodel was the answer to all that ailed the RSFGC’s coffers? We’ve hired new chefs, remodeled the club house, recently purchased new furniture, and are now hosting a day each month for a Member birthday free meal and dueling piano nights. Many efforts to change it up have been made no doubt. But none of it has plugged the loss-making leak. So why now a restaurant remodel? What Expert suggested this? Maybe there needs to be a truly independent golf club company expert hired to make recommendations.
Have more outside-the-box options been explored? None of us have a clue because no one has communicated anything. How about the RSFA takes over all restaurant operations and reinvents it and promotes it completely differently, where there’s perhaps more lounging areas with coffee and pastries, sodas/snacks and free WIFI so it attracts a wider swathe of the community. I used to go there on Monday’s to work and a tumbleweed practically always rolled by. I could hear my own echo. In fact on more than one occasion someone would rock up and ask if they could see a menu. That was a personal fav. ( I was always polite, don’t worry.)  But why can’t it be a better communal space where all our resident needs are met, even social and professional ones off the golf course. Or call me cuckoo, but why not sublease the space to a restauranteur to run the operation and pay the Association a fee for the use? Any idea — no matter how batty you think my brain — is better than a half-a-million dollar loss each year, which would put any other restaurant out of business real quick.

I want to see the RSFGC thrive. But at what cost without ANY communication to or input from all RSFA residents? It’s absolutely vital that an interest we all share in and all fund has a shared vision, mission and strategy. The RSFGC should not get a hall pass and a fat check without a community wide buy-in. We are all shareholders here and deserve to see a detailed business strategy and vote on it before it’s approved. Otherwise I don’t see why we should fund the debt and capital of a stock that may continue to go sideways, if not slump.
This major RSFA Board resolution has denied us our democratic right. And that’s just not right. 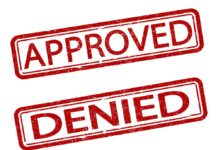 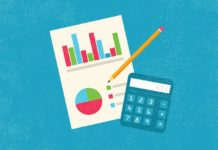