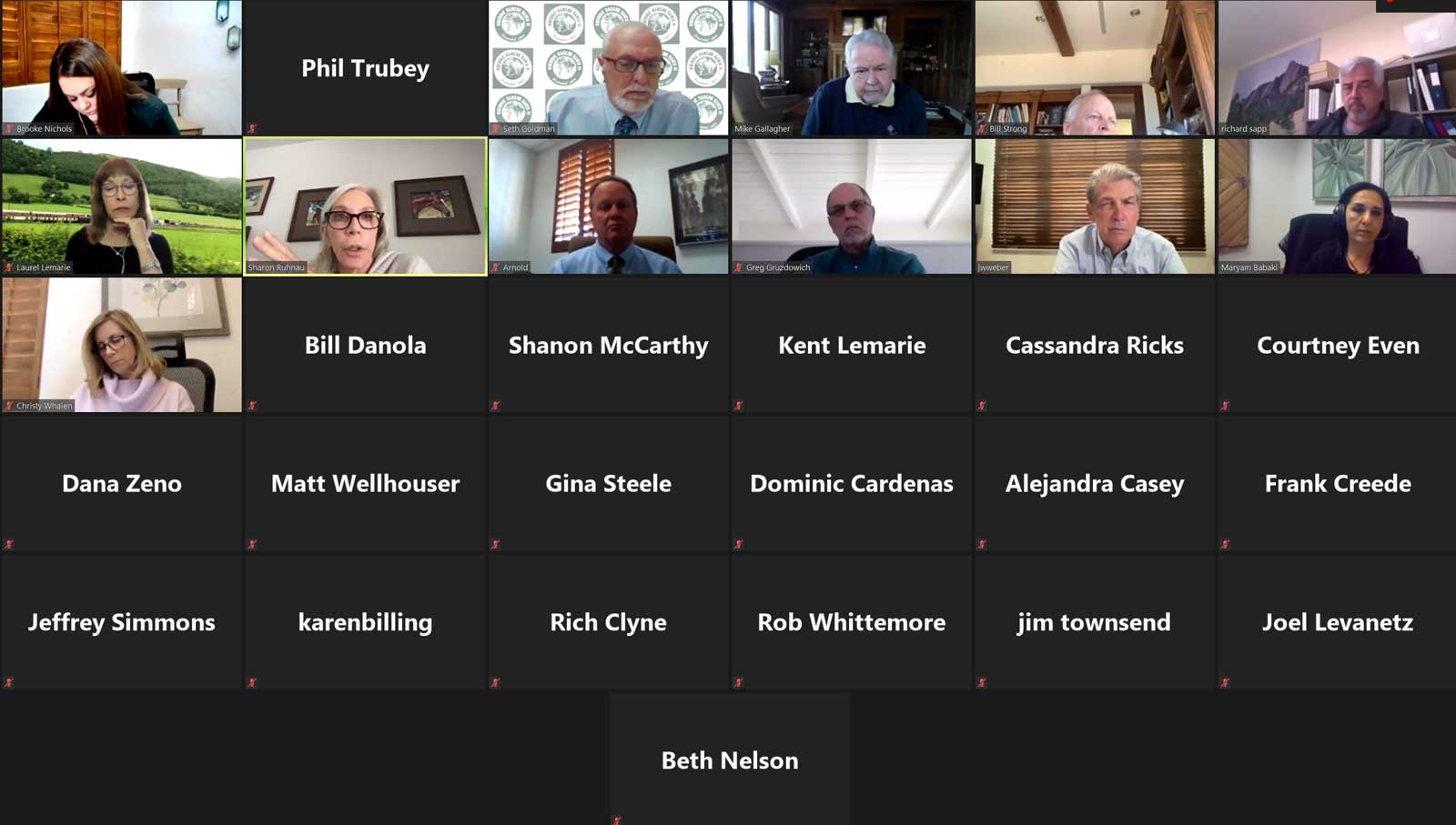 Chhhhanges … Lots of changes being proposed this month. Please read on and comment to the Association, or forever hold your peace.

In addition, it used to be that members who cancelled their golf membership and then, potentially years later, came back and re-joined, wouldn’t have to pay the initiation fee (currently $50,000) again. The new policy says the initiation fee must always be paid when joining, regardless whether or not you used to be a past member.

The board voted 7-0 to post these new rules for member comments and will likely adopt them next board meeting. More details contained in this staff memo.

When the golf club player’s clubhouse was built about fourteen years ago, three lounges were created. A men’s lounge, a woman’s lounge and coed lounge in the middle (Veranda Lounge below).

However a threatened lawsuit turned both the men’s and woman’s lounges into coed lounges, even though I’ve never seen women in the ex-men’s lounge area (and I’ve never been in the ex-woman’s lounge area). The golf club would now like to switch back to the way it originally was, with a separate men’s lounge in addition to the woman’s and coed lounges. Click here for more info. The board voted 5-2 to post this rule change for comment, directors Laurel Lemarie and Sharon Ruhnau voting against. They did not raise objections during the board meeting and I reached out to each to ask why they voted no, but have received no comment.

Proliferation of As Built Submissions

Art Jury president Bill Danola gave a thorough update on what the Art Jury is seeing. Among other things, they (and the building department) are swamped. To give you an idea of how swamped, the next Art Jury meeting will take place over two days rather than the usual one day.

One of the items discussed was a proliferation of as built submissions. Basically, these are members who:

Various ways of trying to get better member compliance were discussed including increased fines and higher as built permit fees. In the end, the consensus seemed to be that the Association staff should do an even better job at educating members and possibly contractors about permitting requirements. In particular, it seems that many local contractors ignore required Association inspections. They know what Country inspections are required, but are not knowledgeable about Association inspections.

I know in my experience with contractors, they have no problem getting and interfacing with County permits and inspectors, but usually don’t want to have anything to do with Association permits and inspections, leaving that to the homeowner.

By the way, here’s pretty much a complete list of the times you DON’T need an association permit:

You need a permit for almost anything else. As I explained in my article about an earlier Art Jury experience, it need not be difficult or time consuming to get a permit.

As an aside, I’d just like to point out that getting “caught” by the Association for non-permitted construction is a major pain in the butt for everyone involved. The Association is well within their rights to ask you to deconstruct things you’ve built at potentially major cost to the homeowner. Fines are then issued to force compliance, and much time and money is expended by everyone. I offer no advice, but if I were to do unpermitted construction (not recommended), I would make sure to follow both County and Association regulations anyways. The alternative is unneighborly, potentially dangerous, and may result in a giant time and expense headache.

As predicted, the Association has posted for 30 day review a new grading regulation that adds significant new restrictions on how people may grade their property. I guess it could have been worse. Director Bill Strong talked for quite a while agitating for even more restrictions like restricting grading within set backs, imposing a maximum amount of grading, eliminating proposed limited exceptions to the grading restrictions that allow people to build driveways and houses, and even adding restrictions regarding basements.

Anyways, the proposed new grading regulation has these changes in it:

You can read the full regulation here. The board voted 7-0 to post this for a 30 day comment period, after which it will likely be voted to be put into effect.

The Association is on the working draft stage for a revision of the Exterior Materials (section 49) of the Regulatory Code. The major changes currently being contemplated are:

In the board discussion about this draft, director Greg Gruzdowich asked why Hardie Board (cement fiber board that looks and performs better than wood) wasn’t being discussed (no one took him up on the suggestion). Currently, Hardie Board is not allowed as an exterior building material. He also cautioned against restricting wood at all, as it would effectively disallow certain types of architectural styles.

On the other end of the allow/disallow spectrum, directors Bill Strong and Sharon Ruhnau called exterior glass (meaning windows) a non-preferred material and wanted even more restrictions on window size than the new restrictions being contemplated.

Expect a final draft regulation hewing more or less to this working draft (click to view) to be posted for comment at the April board meeting.

Bill Beckman gave a presentation about the state of Rancho’s forest. Following a study by Dudek, he called the current state of the forest to be “generally good”. Over the years, we have lost most of our red gum Eucalyptus trees to the lerp psyllid, and a more diverse forest has sprung up. He noted that citrus groves are now under pressure for a variety of reasons.

I personally have been cutting down my red gums (save some specimen trees here and there) and replacing them with a variety of other tree types, including some Iron Bark Eucalyptus when I can find them (any kind of Eucalyptus is hard to find at growers these days).

The Association, the Fire Department and the Irrigation District have collaborated on making this useful list of recommended trees to plant in our climate.