Regulations were again a point of contention during this Board meeting. More on that later, first the non-controversial stuff that was discussed.

For the first time in several years, we are going to have Rancho Days again. I’ve put many of the events on the RSF Post Calendar, and will update as new flyers and information is made available. Click here to read the Association’s press release about this event.

As you may or may not know, all non-private streets in Rancho are owned and maintained by the County of San Diego. So we are a very unusual HOA in that we don’t control our own neighborhood roads.

The Association has been quietly lobbying the County to try to reduce some speed limits, and recently had some success. The County Board of Supervisors voted to reduce posted speed limits on two streets:

Believe it or not our water supplier, Santa Fe Irrigation District, has lower water rates on average than surrounding water districts. The reason is that it gets some of its water supply from the Lake Hodges reservoir, which is quite a bit cheaper than imported water.

Unfortunately, the Lake Hodges dam is nearing the end of its useful life (104 years and counting). Engineers/officials are making a repair/replace/abandon determination as we speak, but regardless what they conclude, expect water rates to go up again due to reservoir issues. Interestingly, water rates for high volume users was tiered starting 16 years ago, meaning that large water users pay more per unit of usage than do small users. The legal fiction that SFID used to justify this was that small water users use local water from Hodges while large users use expensive imported water. With Hodges out of commission, this fig leaf justification disappears. It’ll be interesting to see what happens with rates going forward.

This article explains the problems facing Hodges in more detail.

OK, now onto the fun stuff. Work on a revised lighting regulation started over two years ago and various proposed drafts have been posted for member comment during that time.

After the last time a draft was published, no less than 69 emailed comments were received which resulted in three community meetings (the first of which was documented here).

In this latest Board meeting, another draft was circulated by the building department. A few Board members had questions and problems with the draft. And apparently so did some eagle eyed members who had noticed that the draft regulation was published on the Association web site and so came in and gave verbal member comments.

During the Board meeting, Directors Lorraine Kent and I argued to not publish the draft for official member comment since we thought it still needed work. Director Rick Sapp was understandably frustrated and argued for publishing the draft, and indeed for eventually accepting it as the formal revision. After some back and forth debate (I was across the country phoning in), the Board voted 6-0 to not publish the draft for member comment, allowing time for the Board to work with staff to make another revision.

So what’s the problem? Several things.

First, recognize that the regulation absolutely needs to updated since LED light technology has made the restrictions in the current regulation obsolete. This is the so-called “Watts to lumens” update which would update the regulation so that much more energy efficient LED lighting would be restricted to the same level that older incandescent lights were restricted to in the existing regulation. This isn’t controversial, but the conversion factor has to be correct.

But when this update was initially proposed two years ago, some Board members wanted to go further and impose more stringent restrictions, asking the building department to make such a major overhaul of the regulation that, in the end, a red-line version couldn’t be produced (ie. it was essentially a start from scratch re-write). In itself, this caused problems because it was hard for non-technical Board members to understand what they were voting on. The Board was also divided on whether or not to impose more stringent regulations.

So in the latest Board meeting it was decided that the building department will go back to the current lighting regulation, and make a simple “Watts to lumens” update. This will allow a red line against the existing regulation to be produced. This shouldn’t be controversial since it doesn’t change current policy, just updates the regulation to keep the original intent of the restrictions to be applicable to energy efficient LED lights.

Concurrently, individual potential changes will be debated on a change by change basis so that we all know what we are passing or not passing.

Is this messy, slow and complicated? Yes, but better a slower and more deliberate process than the alternative which is to pass something flawed and then have to fix it later (which is what happened to the grading regulation, see below).

Which Comes First, The Chicken Or The Egg?

In an unfortunate toe stub, the latest proposed lighting regulation update (which I’ll remind you hasn’t been accepted by the Board for even member comment posting) also contained a new provision to potentially allow the tennis club to have tennis court lighting on some of their courts (residential court lighting would still be prohibited). Several members saw this before the Board meeting and gave rather pointed comments about it.

This was something the Board might, possibly, consider as a future project. If tennis court lighting were to happen, the following would need to occur, and the project could die during any of these steps:

The first step hasn’t even been done yet, and frankly it should have been the very first step. I am not casting stones here, and indeed I may have contributed to this brouhaha myself with a comment made to staff. No one and no process is perfect, all we can do is to do the best we can.

Someone Called The Cops On Us

Given the rumor of a possible tennis court lighting project, a member actually called in a favor of a County inspector a week ago and told them we had installed unpermitted lighting. Or so the inspector told our tennis club general manager when he appeared Wednesday to read him the riot act on unpermitted construction. Yikes. Of course, we have no tennis court lighting – at all. And of course we would seek to obtain County permits for a project like this.

You know, something I learned long long ago is that the best way to deal with disputes is to to talk to the person you have an issue with directly. In this case, a quick call to the Association, or even a quick email to the RSF Post, would have saved everyone a lot of trouble.

I would like to remind everyone that member comments are listened to. You don’t need to pull rank and get the County involved in something they would have weighed in on anyways in the normal course of events.

The grading regulation received a huge rewrite last year in mid 2021. At this Board meeting, staff did a minor modification to fix policy errors introduced during last year’s re-write.

As written, the regulation now in force disallows walk-out basements, basement garages and basement tuck under garages. Disallowing these, of course, increases lot coverage and visible building mass, so this was a rather unfortunate oversight. This was rectified in the revised regulation. The new revised regulation also allows the Art Jury to ignore small 25% slope analysis anomalies that you often get on topographical maps. This is something the Art Jury used to ignore because it was common sense to do so, but the mid-2021 grading regulation forbade them to, well, use common sense.

So the Board voted to publish this revision for a 28 day member comment period. There are still problems with the grading regulations that have more to do with regulation writing style rather than policy that were introduced in mid-2021, and I shall do my best to work with the Building department to rectify them.

Look, I understand. I was in a meeting once with Encinitas staff trying to build a house and was running into what I considered very shady interpretations of environmental law to prevent me from building what I wanted to build. It took all my self control to not start shouting during that meeting, but I did control myself because I know that it would have been self defeating.

If you find yourself in a situation like this, regroup, get help, ask for assistance, but don’t blow up.

My Philosophy on Regulations

Since I’m on a roll and you’ve made it this far down reading about regulations, I might as well keep going and editorialize about my own philosophy on updating and introducing new regulations.

I think we can all agree that while Rancho Santa Fe isn’t perfect (what is), it is pretty darn good and our HOA, the RSF Association, has been a factor in that over the 90+ years of its existence.

In general, I am very cautious about introducing new restrictions on members. One reason is simply due to fairness. In general, new regulations aren’t retroactive in that if you conformed to the previous regulation, a new regulation can’t make you change your existing structures. New regulations only apply to new applications. This is one reason why you see some inconsistencies around Rancho.

So with that in mind, I don’t see it as fair that members who have lived here for a little bit longer than a newcomer get to have elements that are restricted under newer regulations.

Technologies and circumstances do change, which is why we have revisions, but adding new restrictions is something I will personally take a very hard look at. 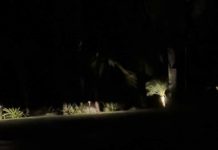