The 22nd DAA recently issued an RFP for the development and subsequent operations of Horsepark as an on-going equestrian property. Bids are due mid October and the proposed start date for the contract is December 1st, 2021.

The good news for the equestrian community is that the 22nd DAA is following through on their promise to continue operating Horsepark as an equestrian facility. However, this isn’t a done deal yet, and the first horse show under this deal might not be until mid 2022, if then, a total of 1 1/2 years of Horsepark shutdown.

Like many government RFPs, the 22nd DAA is asking for the moon. They expect the awardee to fully pay for CAFO water remediation (estimated in the millions), yet are only guaranteeing a five year contract term. They want funds expended on the CAFO remediation to occur before equestrian activities be resumed, even though that isn’t a water quality board requirement (they only need a valid remediation plan before allowing equestrian activities). Indeed when a similar project was undertaken at the fairgrounds, horse racing was not paused or interrupted.

They are also saddling Horsepark with a requirement that Premier Foods be given right of first refusal for all food and beverage operations.

Bidders will be expected to pay some kind of revenue/profit share with the 22nd DAA. With an experienced operator, it is very possible that Horsepark will end up making a lot more money for the 22nd DAA than it ever did before.

It all depends on whether or not the 22nd DAA really wants to resume equestrian operations. As written, the 22nd could easily reject all submissions. And it very unlikely that any submissions will satisfy all RFP provisions without negotiations.

So while bidders need to sharpen their pencils and come up with attractive bids, it remains to be seen whether or not the 22nd DAA really wants any equestrian operations going forward.

The property is in a great location and at least two experienced equestrian operators have expressed interest in running Horsepark in the past (read info about Dale Harvey’s ideas here, and Ali Nilforushan’s ideas here). Here’s hoping that negotiations are conducted in good faith and we see this jewel by the sea restored, enhanced, and back in operation. 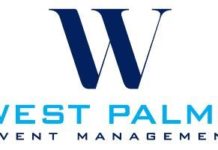 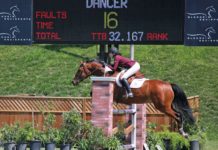 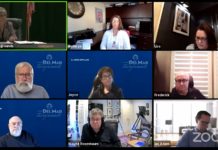