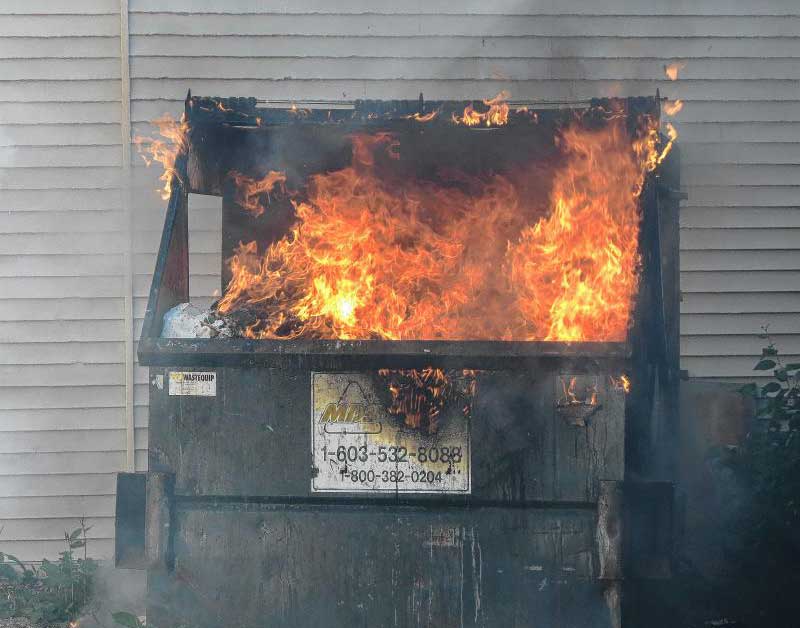 I separated out the three substantive things that occurred at the April 2022 Board meeting into their own articles, so click on these links if you want to know Board actions that might affect you:

I document here the rest of the meeting mostly out of the same kind of fascination you get from watching a slow motion train wreck. Note, I have not verified the accuracy of any of the statements made by others in this article.

Sharon Ruhnau, who was recently an Association Director, lit into the existing Board during member input. She accused the Board of being unethical. She stated the golf club’s recent course renovations had a stop work order placed on them pending acquiring a grading permit. She stated that the Association hired a consultant to help with this permit, who she said acted as a consultant in an organization that had sued the Association. She stated the grading violation information was withheld from some Board members (which is a complaint Bill Strong has also made).

She then complained about the treatment Director Bill Strong received, his being sanctioned, taken off committees, and being stripped of his VP title.

Director Bill Strong then asked to also give member input, so Board President Bill Weber asked him to step into the audience and give it there as a member (as opposed to as a sitting Director).

Strong complained that the Board has spent tons of time on trivial matters, very little on substantive matters. He stated that he himself was accused of violating the open meetings act, while it was the Board who repeatedly violated it. He complained that items were added to the Agenda solely on the say so of the President in violation of CA corporate law.

He then ended by asking that Board goals be used as a unifying process and that the Board work on things that matter to members.

Approval of the last Board meeting’s minutes, something that normally sails through, occurred in a contested 4-3 split vote. Bill Strong wanted to add a sentence to the end of the minutes to provide more information. The Board majority (Weber, Sapp, Comstock and Gruzdowich) voted against adding Strong’s one liner into the minutes.

The minutes originally and currently state:

Strong had asked for this instead:

The Board has not properly addressed Findings, Coverage, and making the AJ Process more efficient for staff, applicants, and Art Jury. If told the criteria necessary to obtain AJ approval, most members will comply.

Weber stated that Strong’s removal as VP in executive session was not a disciplinary matter but an ordinary function of the Board where officer titles are granted to Board members at the “pleasure of the Board”.

Trying to head off an ugly situation, Director Lorraine Kent proposed a motion that no new VP be elected until after the new Board is seated in July.

Strong stated that he been stripped of his VP title in an illegal executive session, such action should have been done in open session.

Weber countered saying that the parliamentarian said that it was a valid vote of non-confidence, which Strong countered saying that such votes should be in open session. Sapp backed up Weber by saying legal counsel stated the removal was legally valid. However Lemarié pointed out that removing Strong as VP wasn’t on the executive meeting agenda.

Kent’s motion to delay choosing a VP was called for a vote and it was defeated 3-4 (Sapp, Comstock, Weber and Gruzdowich voting against). So, sure enough, things then got ugly.

Both Strong and Lemarié launched rather pointed attacks framed as questions against Comstock. You can listen to the depressing episode starting at 31:49 of the recorded video if you want.

Association General Manager Christy Whalen then organized a secret paper ballot and Comstock was voted in as new VP.

Incidentally, while it is nice that the Association is recording meetings, they really need to have nine microphones (7 Directors, plus the Manager, and one lectern), all connected to a mixer, whose input then goes into the video recorder. Audio quality on the recorded video is horrific as they use a single omni directional microphone.

And then the meeting got even more surreal.

It has come to our attention that there has been an irregularity in the [Board] election in which one of the candidates, a Board member [which can only mean Laurel Lemarié, since she’s the only incumbant], violated protocol and reached out to a member who sent in an email for member input. Typically those are one way communications that are confidential between the member and the Board and are typically not answered by individual Board members. The email [unintelligible, maybe “chain”] resulted in a solicitation of candidate support and so this is not a normal occurrence. We are looking at setting up a protocol for the future to make sure this doesn’t happen again, but to be transparent, we wanted to disclose it to all of you.

Board President Bill Weber attempted to get a revised new Art Jury appointment process approved by the Board.

It would have been nice to see a list of what policy changes this document had over the existing Art Jury nomination process document. I found two substantive changes. In the new proposed policy:

Director Comstock questioned why the list of nominees would be given in executive session rather than open session, and Director Lemarié concurred saying “it should be done in open session”.

Whalen leaned on the executive session exception in the open meeting act stating that “personnel matters” can be discussed in executive session. Again, in my opinion, this is not correct as “personnel” are paid employees or contractors in the normal legal usage of the word, not volunteers which Art Jurors are. More importantly, we members deserve some small amount of transparency in the very opaque Art Jury selection process since it is, after all, an appointment process solely at the discretion of the Board President. Having secret nominees is simply bad governance and invites cronyism.

Lemarié pushed back on Whalen’s push back stating that historically, Art Juror nominees were always given to the President in open meetings.

If I may editorialize again, I wonder if this only became an issue when the RSF Post started paying attention to Board governance issues and publicizing things like this. When Art Juror nominees were announced in Board meetings that few attended, and buried in Board minutes that no one read, then Board Presidents didn’t mind the transparency since no one paid attention. Now that the RSF Post does pay attention, it appears the sunlight is too much.

In the end, Lemarié tried to propose more changes to the policy document, at which point Weber said we aren’t going to edit the document in this meeting, and then tabled a vote on accepting the document pending further revisions.

Wow. You guys really came through in spades during the last month as the Association received 92 member input emails, which must be a record. One email was about the fences regulation, 11 were about the gates and pilasters regulation and 69 were about the lighting regulation.

As a result, these three regulations were not discussed or voted on during this meeting. A town hall will be convened for May 4 for members to provide direct input into the lighting regulation.

Anyways, due to your outreach efforts, the Association was forced to listen and is now at least going to run a town hall event. Hopefully community input will be taken to heart going forward.

Honestly, I am looking forward to July when we will have constituted a new Board. I am hoping that with three new members, we should have a much more business like, professional and efficient Board. Oh, and should I get elected, you can be sure I’ll be pushing for discussing only permitted items in executive session. This concept of looking for reasons to keep things hidden in executive session is backwards. The Board should be bending over backwards to discuss everything it can in open session. Even if you can contort some reasoning to discuss items in executive session, it doesn’t mean it’s a good idea to do so.